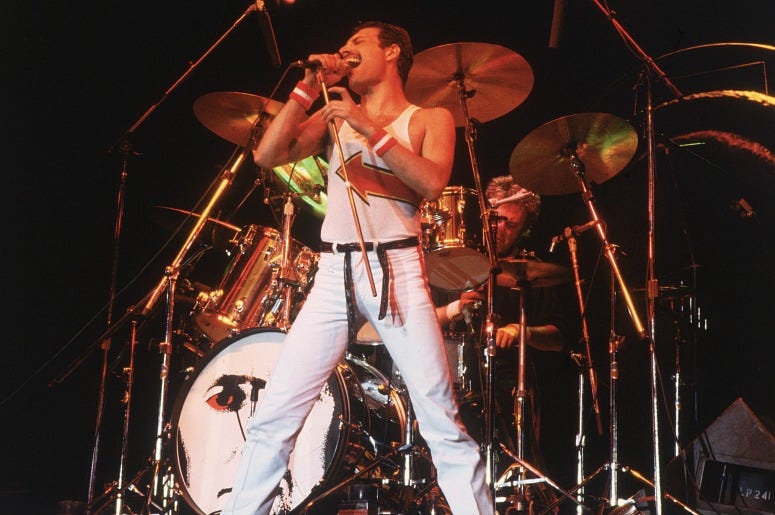 The Wednesday, November 7th episode of The Goldbergs on ABC features a favorite moment of the entire series for Executive Producer Adam F. Goldberg.

“Anyone who grew up with me knows that Queen is my favorite band of all time,” said Goldberg. “I grew up obsessively collecting Queen T-shirts and concert posters and rare UK imports of their CDs.”

Goldberg has always wanted to pay tribute to Freddie Mercury and when he learned there was a new Queen biopic, Bohemian Rhapsody coming to theaters, he knew it was time to produce an episode for The Goldbergs to honor his favorite band.

“Queen was incredibly generous allowing us to feature their masterpiece 'Bohemian Rhapsody' on my show” said Goldberg. “They even allowed us to write an absurd rap for Barry Goldberg (Troy Gentile) to add into the song, as he mistakes the word “Rhapsody” for ‘Rap City.’ It’s incredibly rare for a legendary band to be so generous with their music and have a sense of humor about it. The way we cover the song on the show is truly my favorite moment in the entire series.”

The Goldbergs acts as an autobiography of Goldberg and his experiences of growing up in 1980s.

“This episode dives into how much the band inspired young musicians of my generation” said Goldberg. “Queen is back in the headlines these days, but for me, this band has been a daily part of my life for as long as I can remember. I’m looking forward to the movie to see all of their greatest moments one last time.”

Check out The Goldbergs on Wednesday night on ABC.