From one big stage to another. Kyle Tanguay, the first male Philadelphia Eagles cheerleader in three decades, is going to Hollywood for the next round of “American Idol.”

In an episode that aired last night, Tanguay was accompanied by his entire cheer team to his audition in Washington, D.C. Despite never taking a voice lesson or singing outside of middle and high school productions, the 21-year-old displayed enough raw talent to convince the judges to give him a shot.

After breaking the ice by performing a routine with his fellow Eagles cheerleaders, Tanguay impressed Katy Perry, Luke Bryan and Lionel Richie with “Mercy” by Shawn Mendes.

Tanguay told Jenn & Bill from RADIO.COM station B101 in Philadelphia that he never shies away from a challenge, and that not being afraid to fail makes success feel that much better.

“It was the most amazing experience,” he said. “It was so eye opening for me and it really inspired me to kind of continue to step outside my comfort zone. We’re all human and sometimes we kind of get nervous to do things that make us uncomfortable, but that’s where we kind of figure out who we are and what we’re meant to do.” 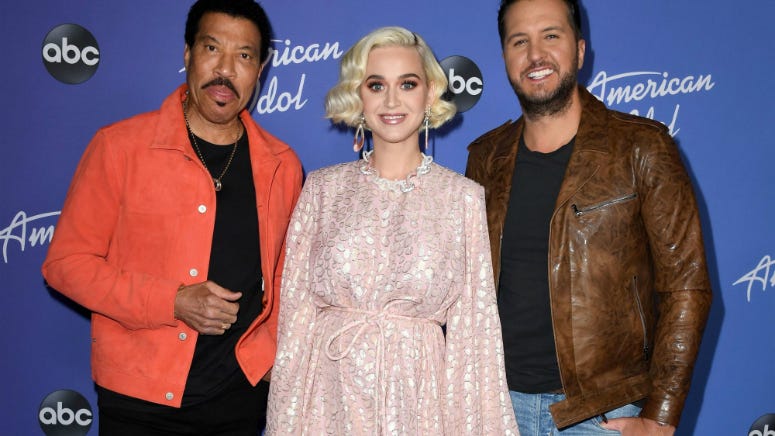 Tanguay said it was more nerve-wracking to audition for “American Idol” than it was to audition for the Eagles. The singing competition gives you one quick chance to make an impression, while his cheerleading audition lasted a month. So what was it like to sing in front of three music superstars?

“I was completely star struck,” he said.” “They were just the most positive people. They are so exciting and you can tell that – they take us in and just working with them and being able to be there that day. It was incredible to see that they just want success. They’re not rooting for anyone to fail. They’re so kind, they’re so humble, they’re so down to earth. And they look just as great in person as they do on camera.”

Tanguay says he now looks at music in a whole new light and that he’s proud of what he’s accomplished. Listen to the full interview below.

Sending a huge congratulations to Kyle Tanguay for his ticket to Hollywood on American Idol!