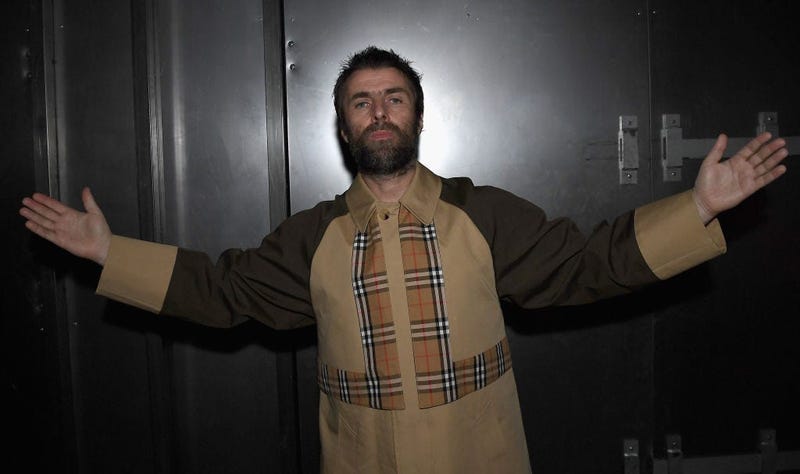 Ever since the band split up in 2009, fans have been begging for a respite from Noel's Flying Birds and Liam's Beady Eyes and just be given a reunion already. But it seems like that's not going to happen anytime soon.

According to a new interview with The Big Issue, Noel won't be sitting down for tea with baby bro in the near future, especially if his online jabs don't quiet down. He feels "moron" Liam's belligerent tweets are strange for someone who is "gagging for me to pick up the phone and say let's do it," and going so far as to say every tweet posted by Liam is a "nail in the coffin" for a comeback.

What tweets would those be?

Anyway, it's not just Noel who has a bone to pick with the singer; Sara MacDonald, Noel's wife, is also having a tough time with him after he allegedly sent threatening messages to her through their teen daughter.

"If you think for one minute I am going to share a stage with you after what you've said you are f***ing more of a moron than you look," Noel said about the situation.

music
Tom DeLonge reveals he got married at the courthouse: 'I feel free'
music
Emo Nite: HUNNY look forward to getting in front of fans with new music
music
A whole night of Coldplay is coming to 'American Idol'
music
The Weeknd still 'uninterested' in GRAMMYs despite changes
i'm listening
What is Mental Health Awareness Month?
music
Vote on the Audacy Country Top 20 with Jesse Addy