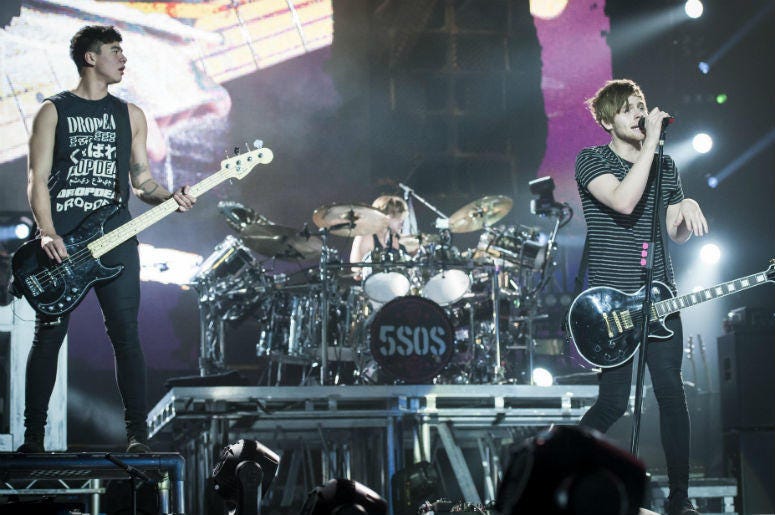 It's official! 5 Seconds of Summer are planning on turning up the heat this summer.

The making of Youngblood was nothing short of an ultimately transformative experience and today it’s available to pre-order. As a thank you for your ongoing support we're also giving you access to the title track from the album today x https://t.co/2VDeeHRPVh pic.twitter.com/hy3q65cAwr

The first leg of the Meet You There Tour is coming to North America this August! Get tickets on April 13th at 10am local time http://www.5sos.com/tour/

Youngblood will be available for pre-order on Thursday (April 12), according to this morning's announcement.

Meanwhile, tickets for the tour go on sale this Friday (April 13) at 10 am local time.

On February 22, the group released the lead single from Youngblood, titled “Want You Back," and it's been met with a LOT of fanfare. In fact, the video has already amassed well over 15 million streams on YouTube alone.

Youngblood will be their first release since Sounds Good Feels Good dropped back in 2015.