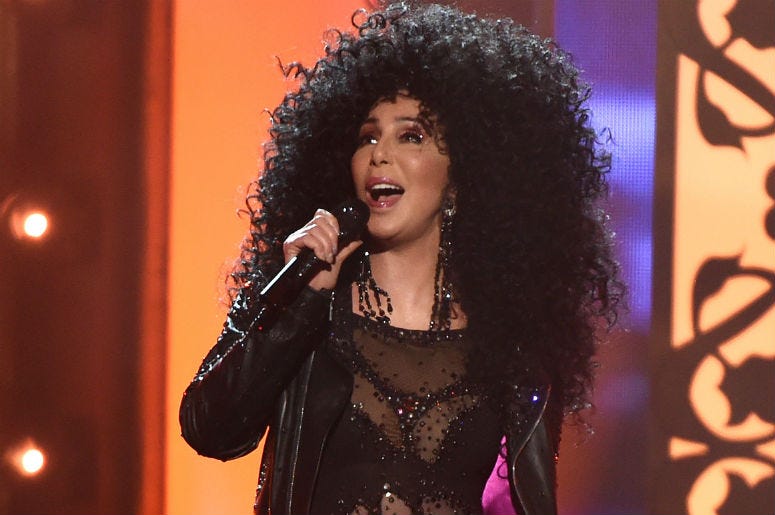 Cher may have quietly dropped some BIG news with us last weekend.

The "Turn Back Time" singer is known for being a frequent tweeter. Usually she's tweeting about the latest political topics, but she may have slipped some big music news into her Twitter feed last week.

We honestly don't know ANYTHING else about the possible album, but we do know that IS a busy year for the music icon.

We'll get to see Cher on the movie screen as she'll appear in the upcoming Mamma Mia sequel, Mamma Mia! Here We Go Again. The movie opens in theaters on July 20. Cher's performance of "Fernando" from the film's soundtrack is already climbing the music charts.

A biographical musical about her life, The Cher Show, is headed to Broadway later this year. The jukebox musical will cover the icon's 56-year career. The show is currently in previews in Chicago. It will open on Broadway in November.

Additionally, the music icon has several tour dates scheduled at the Theater at MGM National Harbor in Baltimore and the Borgata in Atlantic City later this summer.