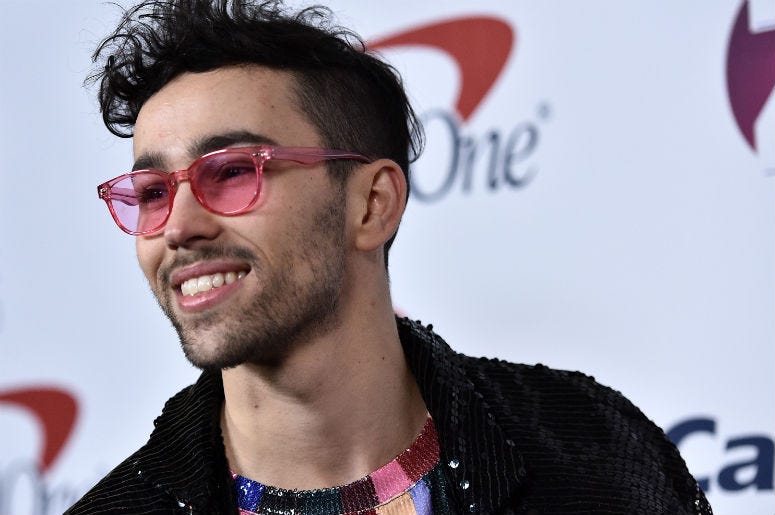 We have been obsessed with MAX’s smash hit song “Lights Down Low” since its release. Of course, fans have been swooning over the lyrics since we learned that MAX actually used the song to propose to his now wife, Emily.

So how does MAX plan on following that kind of success up? Well, he says that his upcoming collaboration with Noah Cyrus, titled “Team,” is about the evolution of his relationship.

Max went on to joke with us that he's just like the rest of us. He's made mistakes in his relationship too. He once made his wife pick up her own birthday gift. Oh, and it was a Bob's Burgers backpack, apparently. Ouch! At least MAX can always write Emily an amazing love song to make up for it, right?

No matter what, we can’t wait to hear the new song, MAX!

Watch our excusive video below to find out: