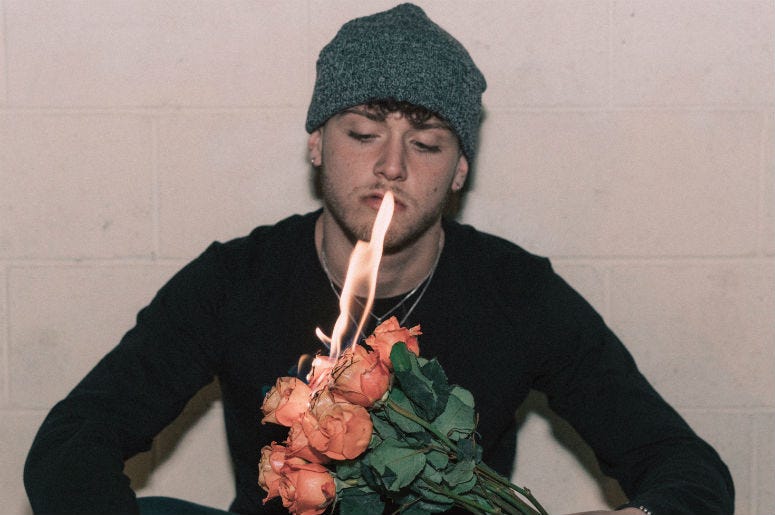 The lyric "You're so (expletive) precious when you smile" was given the "viral treatment" when Snapchat launched a "Be Mine" filter in late January. The rest of the song's success was history. Of course, the internet continued to have fun with the lyric as thousands of memes were created everywhere, and the track surged towards the top of the music charts.

So how did the 20-year-old artist react to those memes? We caught up with him to ask that VERY question. He explains more in the clip below:

So what does the song mean to the artist himself?

You can check out "Mine," by clicking here.

Meanwhile, Bazzi says that his follow-up song, which is titled "Gone," is one that fans can appreciate as being in a "different lane in the same road."

"'Gone' is a really special record with a lot of energy and power and swag," he says.