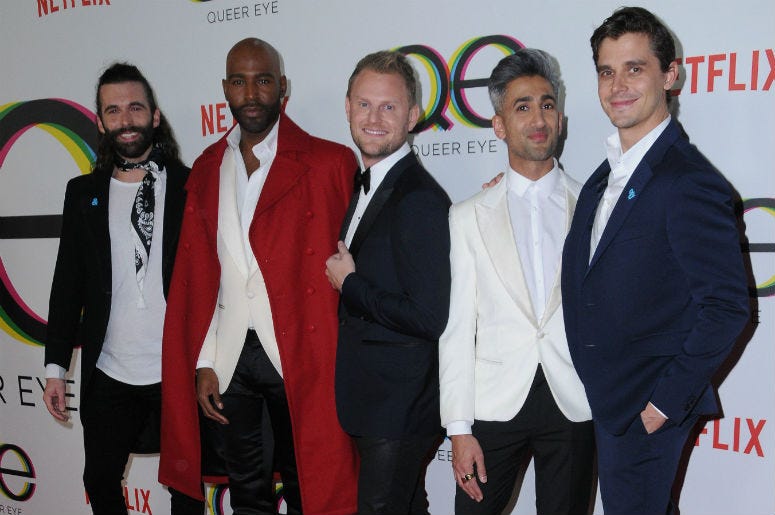 Yes, Netflix just announced that both Queer Eye and Nailed It! were picked up for second seasons on the streaming service.

Other shows that were also renewed today include Dope, Drug Lords, and The Toys That Made Us.

Queer Eye premiered on Netflix in February. It is a reboot of the Bravo series Queer Eye for the Straight Guy. The cast consists of Antoni Porowski (Food & Wine), Bobby Berk (Interior Design), Karamo Brown (Culture), Jonathan Van Ness (Grooming), and Tan France (Fashion). The Fab Five work with a subject in need of some help in their personal and professional lives.

Netflix's Vice President of Content, Bela Bajaria, told Variety that the renewals are indicative of Netflix's goal to create the best unscripted shows on television.

"They deliver immersive and nuanced stories. They elicit so many emotions from viewers, from tears of laughter to tears of joy – and that’s just ‘Queer Eye," Bajaria said.

Nailed It! premiered on Netflix in March to rave reviews from fans. The program is hosted by Nicole Byer, and features amateur bakers who don't have the best skills in the kitchen. They're challenged to create incredible desserts. The winner takes home a $10,000 prize at the end of each episode. The results aren't always pretty, of course.

Premiere dates have not yet been announced.