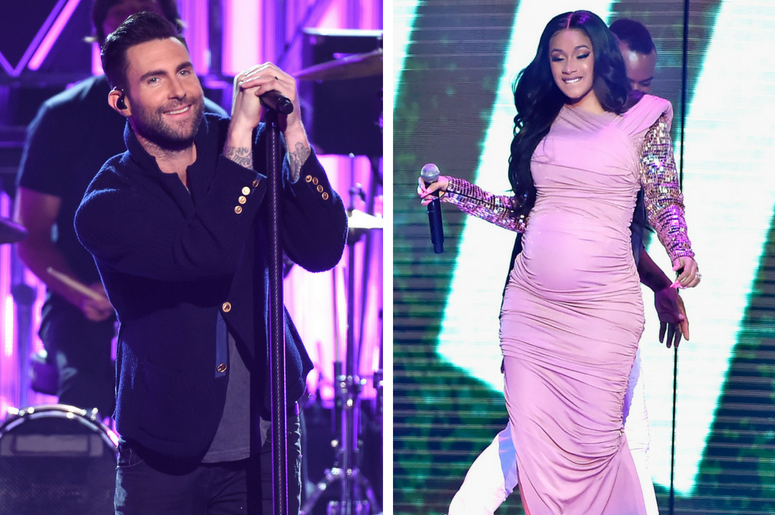 So, like, is there anyone that Adam Levine and Maroon 5 didn’t call on to star in their latest music video?

The music video for Maroon 5’s Cardi B collaboration, titled “Girls Like You,” features a bunch of our favorite female stars.

Yeah, you just saw Jennifer Lopez, Tiffany Haddish, Camila Cabello, and Elizabeth Banks on camera. In fact, we actually lost count of how many stars are featured in the video.

The lyrics allude to a difficult time in a relationship.

“Maybe you've taken my s*** for the last time, yeah /  Maybe I know that I'm drunk /  Maybe I know you're the one / Maybe I'm thinking it's better if you drive,” Levine sings.

“Girls Like You” is the third official single off the band’s Red Pill Blues album, which dropped back in November. Cardi B did not appear on the track originally.

“I'm sure them other girls were nice enough / But you need someone to spice it up / So who you gonna call? Cardi, Cardi,” the superstar raps.