By Katie Neal, RADIO.COM
Updated on

Mark, Cam, and Jess of Midland came to the RADIO.COM Theater in New York for an awesome 'Up Close & Country' event this week for a room full of lucky listeners. Not only did the guys talk with Katie Neal about their new album, but they also performed "Mr. Lonely," "Drinkin' Problems," and a few others for the excited crowd.

Midland's new album, Let It Roll, debuted at number 1 on the Billboard Top Country chart and they've recently been nominated for two CMA Awards - one for Best New Artist, and one for Best Vocal Group.

When asked about being nominated alongside country music giants such as Little Big Town, Zac Brown Band, and Lady Antebellum, Cam joked by saying "we're screwed!" After the crowd's laughter died down, he went on to say, "it's a very cool thing. We're honored to be thrown in the mix with all those people who have been doing it for a while." 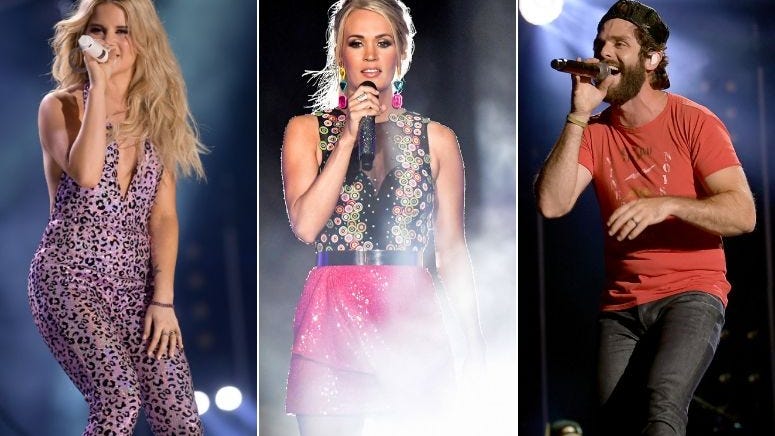 Check out the Nominees for the 2019 CMA Awards

In addition to their new record and upcoming tour, life has been quite eventful for Mark and Jess. Jess and his wife had a baby earlier this year and Mark is recently engaged. The couple is even expecting their first baby. Unfortunately for Mark, Cam and Jess have not offered up any tips or advice to him on fatherhood. Guess they're gonna let him sweat it out!

Midland's first record On The Rocks came out two years ago, but Jess explains the band has aged, what feels to him, fourteen years since the release. "We've spent the last two years on the road and have really evolved our live show." Speaking of the live show, Cam leaked the news that the band will be performing the new record, in its entirety, as well as a few older songs on their current tour.

Before getting to their stellar performance, Katie had to ask about the music video for "Mr. Lonely," which stars actor Dennis Quaid. Cam co-directed the video with his brother and explained that Dennis wanted to do all of his own stunts. An impossible request since there's one scene where he would need to light his pants on fire.

We also find out that Mark directed one scene for the video... but, it was cut out from the final product. The guy just can't get a break!