Hot on the heels of the release of their latest single "I Should Probably Go To Bed," Country stars Dan + Shay (Dan Smyers and Shay Mooney) joined New York's Country 94.7's Kelly Ford Monday morning to let us in on their time during quarantine and give fans some details about their brand new track.

While it certainly feels like it's been more than "10,000 Hours" since we last heard from the Nashville duo on their massive collaboration with Justin Bieber, it's only been about 7,300 -- we did the math.

"It feels so good to get new music out there," he tells Kelly. "Being able to take the time to make this song right, and for Dan to be able to spend the time he wants to with the production -- we finished it during quarantine. We started the song back in L.A. during GRAMMY week. After Dan and I knew we were healthy, we got back together and started writing again. It was just one of those moments of being excited to just be there and to be able to write music with our friends."

That extra time also gave Dan room to play with the track's fine details up until the very last minute. "Honestly, I was tweaking it until like five minutes before it came out -- it's never done! I'll always hear something," Dan says about his process. "But there has to come a time where it's like, 'OK we've got a plan, we want to release it on this day... OK I HAVE to be done.'"

2020 was shaping up to be the year of Dan + Shay. Fans were anxiously looking forward to seeing the duo take over venues near and far, but as with all live music, their tour has been put on hold.

"It sucked," Shay says bluntly. "You know, that was kind of a huge shock to everyone. You work your entire life to try to get to the level that we had finally got to -- playing arenas had been our dream. We got three shows in and it got pulled out from under us. But it is what it is." 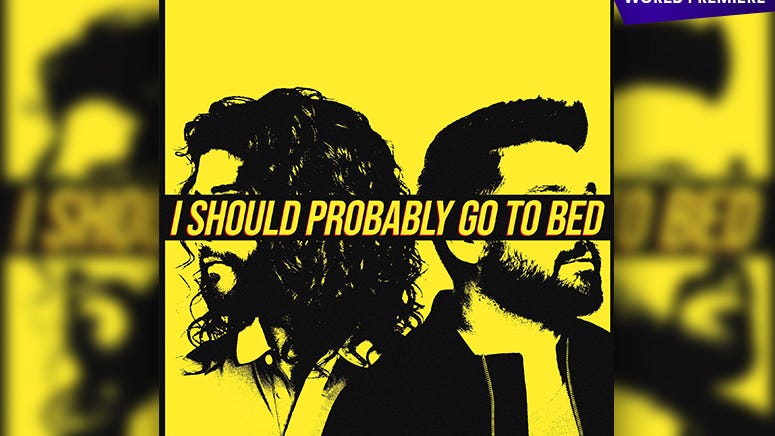 WORLD PREMIERE: Dan + Shay Wake Us Up with New Single 'I Should Probably Go To Bed'

"Things happen in life," Shay says with a dose of humility. "That's life. Everyone's going through this. We're just so thankful that we got to that point. The fans that are there, they didn't go away."

Dan + Shay last released an album, their self-titled third, back in 2018. "I Should Probably Go To Bed" will likely be a part of the duo’s upcoming fourth studio album.