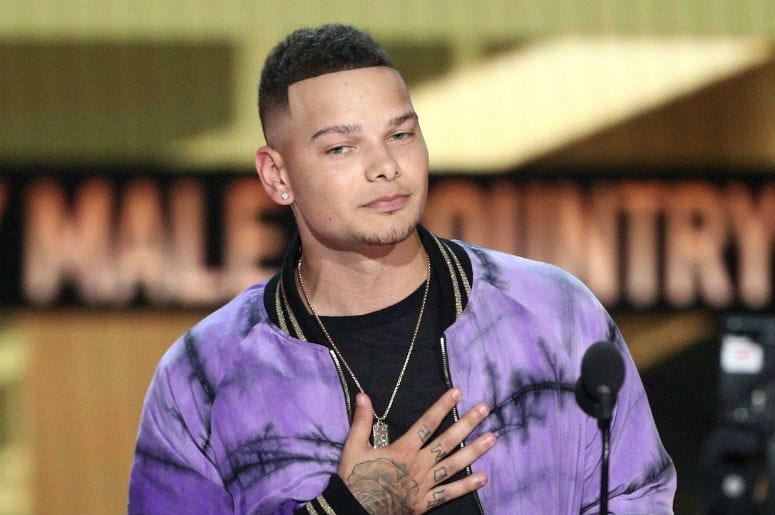 The longtime drummer for Kane Brown was killed in a car accident this weekend, the band confirmed Sunday.

Kenny Dixon was from Dalton, Georgia. It's unclear where the crash happened, but his bandmates say he died Saturday, October 12th.

I’m gonna miss you so much man I’d always come back and jam out with u 🔥 was with me from the very beginning and will be with us when it’s all over!! Love you peep ❤️ @kennydixon23kb pic.twitter.com/2lEqNcdKCR

"It's with profound sadness and disbelief that we confirm we lost our drummer Kenny this weekend in a tragic car accident," the band shared in a statement. "Kenny was a member of our family from the very beginning, and our hearts are with his fiance Sarah, his son and everyone who knew and loved him. He was truly one of the greatest and kindest people on and off stage we've ever known."

Kane continued to post tributes this weekend for his friend. "Love you so much dude! You started all of this with me from the start in 2015 when nobody else believed we would make it out of Chattanooga playing for 500 people and your last show was in a Fn Stadium my guy," he wrote in a post on Sunday. "I know you will be watching over us with that redneck accent that we all love and you will never be replaced bro! I promise u that!"

Kenny was just 27 years old. He shared a 3-year-old son with his fiancee Sarah Hendrick. The couple were planning to marry in November. "I'm at a loss of words. I don’t even know how to write this or ever thought I would have to," Hendrick shared in a post on Sunday. "Kenny passed away last night in a car accident. I know I have to be strong for Levi and God is gonna pull us through this."

"We have a forever guardian angel watching above us now. Please keep Levi, my family, and Kenny’s family in your prayers."