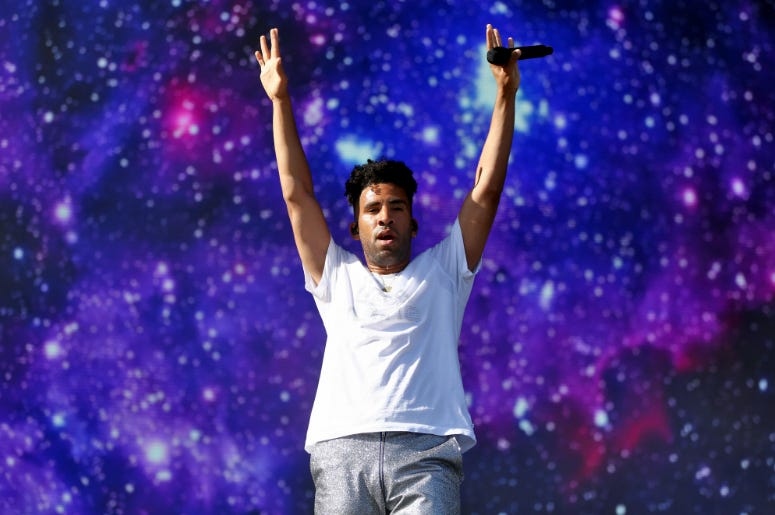 2018 may turn into the biggest year of Kyle's young life. The 25-year-old "iSpy" rapper just dropped his highly-anticipated debut album, Light of Mine, and will soon appear in a Netflix film.

Light of Mine was released back on Friday, May 18, on Kyle's 25th birthday. The upbeat record boasts a handful of previously released tracks, including "To the Moon," "Playinwitme" featuring Kehlani, and 4-times Platinum "iSpy" featuring Lil Yachty. Other guest spots include the a cappella gospel group Take 6, 2 Chainz, Alessia Cara, Khalid, and more.

Meanwhile, Kyle is also gearing up for his Hollywood debut. He's slated to appear alongside fellow rappers Wiz Khalifa and French Montana in the Netflix comedy The Afterparty.