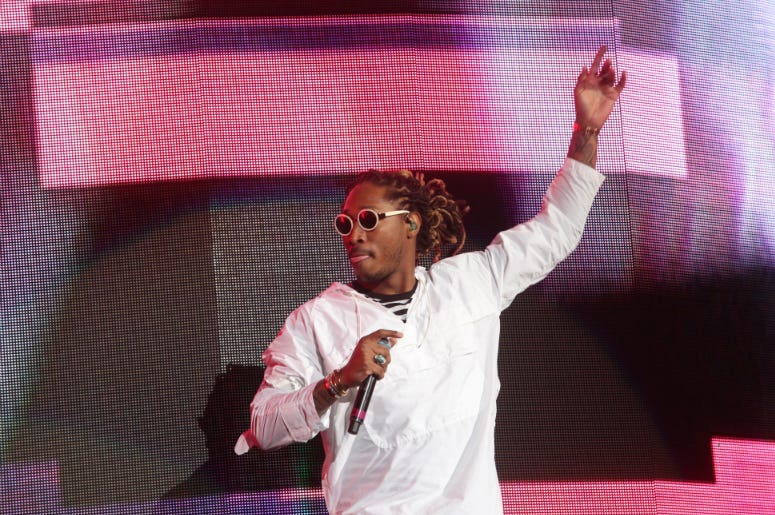 In addition to being an executive producer on the remake of Superfly, critically acclaimed rapper Future has also been tasked with the film's soundtrack... and so far it looks amazing!

Both Future and Joel Silver (The Matrix, Die Hard, Lethal Weapon) produced the upcoming Director X directed remake of the 1972 classic Super Fly. Of course, the iconic blaxploitation film was maybe best known for its soundtrack, thanks in large part to Curtis Mayfield. So while we're excited for the film's June 13 release, it's the soundtrack that we're really interested in. The album should be available on June 8, but until then, here are six reasons you'll want to get it once it drops:

If you like Future, you'll want to get it because it's basically a Future album. The Atlanta rapper appears on 10 of the 13 tracks.

Future and 21 Savage linked up again for the soundtrack. Look out for "What's Up With That" featuring 21 when the record drops later this month.

Seeing how successful their Super Slimey collaboration was, Future pulled Young Thug onto three different tracks off the album ("Tie My Shows." "Show My Chain Some Love," and "Money Train").

The man behind one of the hottest songs in the last decade owns one of only three non-Future spots on the Soundtrack with "R.A.N." Miguel also has a budding acting career, but will not appear in Superfly.

Maybe it's just us, but anytime Lil Wayne gets on a track... we just listen! Something about that delivery that makes everything he does gold. Anyway, catch Weezy's guest spot on "Drive Itself."

One collaboration off this soundtrack we cannot wait for is Khalid and H.E.R. The two young stars with bright futures got together for "This Way," which will actually be released before the soundtrack. Expect to hear it sometime around June 5.

There you have it, six reasons you'll want to get this soundtrack once it hit the streets. Of course, there more reasons like, Sleepy Brown, PartyNextDoor, Young Bans and more. Check out the complete tracklisting below: