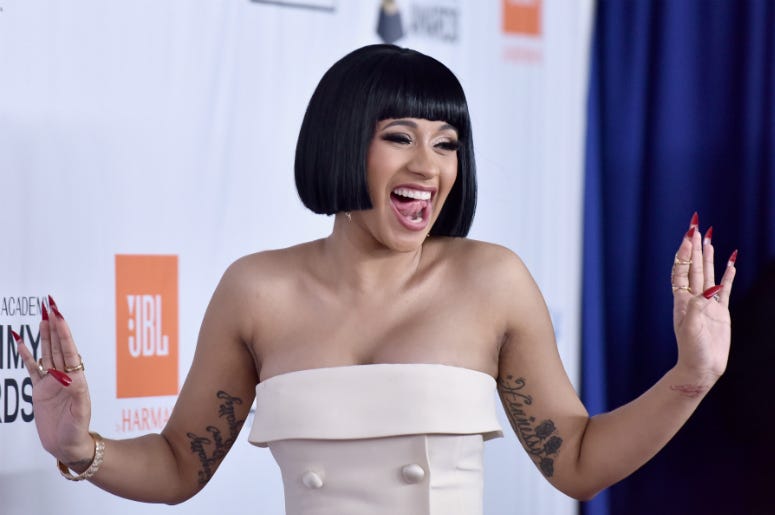 Despite taking some time off to get ready for her new baby, Cardi B continues her reign as the hottest hip-hop artist in the world right now.

"I Like It", the latest hit off the mommy-to-be's debut album, Invasion of Privacy, has officially landed on the top of the Billboard Hot 100 singles chart, joining last year's banger "Bodak Yellow" as Cardi's two Number One songs. And that, not for nothin', has never happened before. Yup, Cardi B has made history by becoming the first female rapper with two No. 1 hits.

Go ahead and cop Cardi's album here, or listen to the equally hot Dillon Francis remix below:

Invasion of Privacy is also the first album with a pair of Hot 100-topping tracks since Macklemore and Ryan Lewis dropped The Heist ("Thrift Shop" and "Can't Hold Us") in 2013. Cardi is also the first female artist to have two No. 1 singles off her debut since Lady Gaga's The Fame.