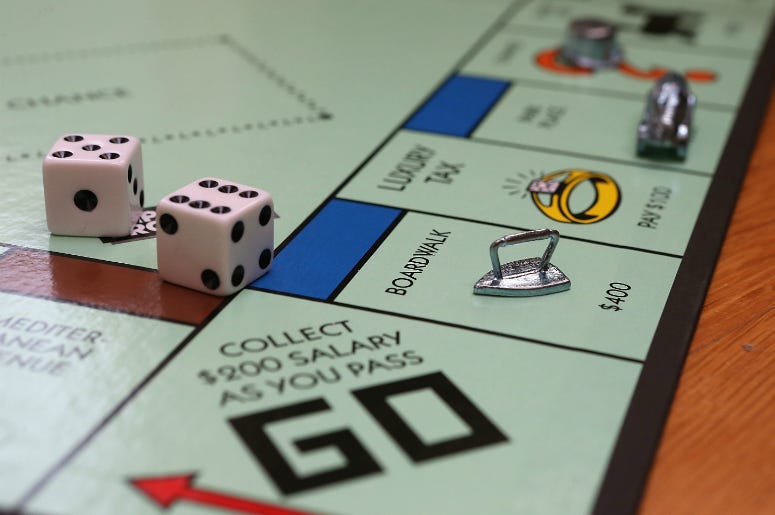 The latest version of Hasbro's iconic Monopoly board game is not. Exactly. Attracting. Any. New. Fans.

With the tagline "forget real estate. You can't afford it, anyway," Monopoly for Millennials was already high-key insulting before the box is even opened. And now that we're diving into the re-imagined edition targeting the 35-and-under crowd, we are legit even more offended.

Gone are the days when players tried to accumulate "wealth." This game is instead all about collecting "experiences," like a meditation retreat, crashing on friend's couches, even eating at vegan bistros. Much like the previous versions though, players owe money to whichever other player "owns the experience" they land on. But what is maybe even most trash is that all your favorite Monopoly pieces have been replaced with a hashtag symbol, crying emoji, and other symbols that we just can't even!

The cleverly-priced $19.82 game (huge shouts to those who get it) is available exclusively at Walmart. However, the massive big-box retailer says it's already out of stock, which means that there is some serious demand for the game. Although a quick swipe through your Twitter feed may suggest otherwise.

I swear millennial monopoly is the most condescending game ever created. We’re broke, it’s not our fault, leave us alone smh @Hasbro pic.twitter.com/5vdmRQJOOv