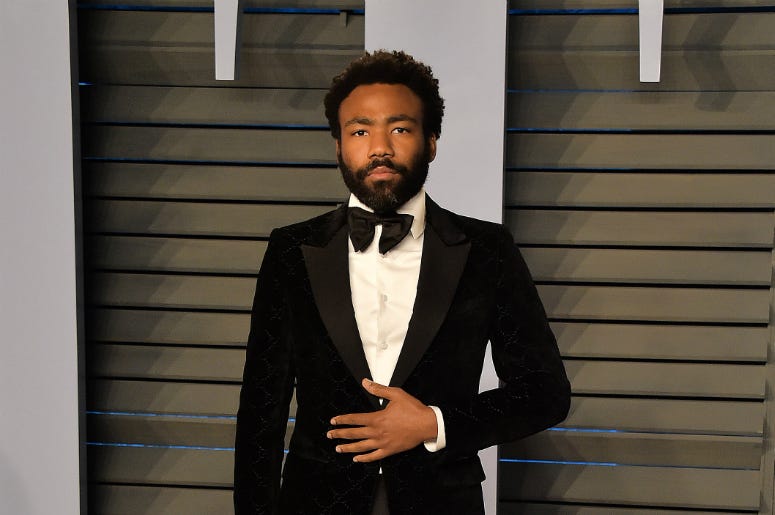 Glover debuted "This Is America," a powerful commentary on gun violence in America. Watch the official video below, which dropped just after Glover debuted it on SNL, but be warned: *it involves some violent, disturbing scenes.*

The song is Glover/Gambino's first since "Terrified" off 2016's GRAMMY-nominated "Awaken, My Love!" album. His other performance last night was, appropriately, “Saturday” -- another new one.