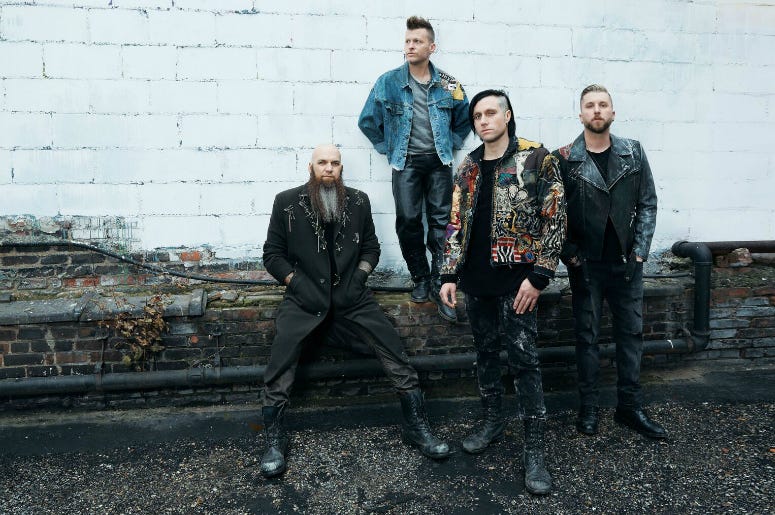 We recently had a chance to sit down with the boys for a private, acoustic version of "The Mountain" ... which we actually recorded for ourselves because it was dope, but were told by our bosses that we had to share it with you. Kidding, we probably would have shared it with you anyway.

Meanwhile, Three Days Grace made history earlier this month when "The Mountain," the lead single off Outsider, became the No. 1 rock song in America. It's the 14th time they've done that. Oh, and it dethroned a small band from California that you've probably never heard of called Van Halen,​ whose previous record of 13 No. 1s stood for nearly 30 years.

All and all, it's a pretty amazing accomplishment for a band that's had more than its share of ups and downs over two decades. It also proves that these guys live by their words and just keep climbing!

"The Mountain" is also featured as the theme song for this year's NHL playoffs -- pretty fitting for a Canadian band, ah? Anyway, catch Three Days Grace on tour this spring and summer with Avenged Sevenfold and Prophets of Rage. Plus, we'll have a few more acoustic tracks off Outsider coming your way in the next few days, so be sure to check in with us throughout the week.