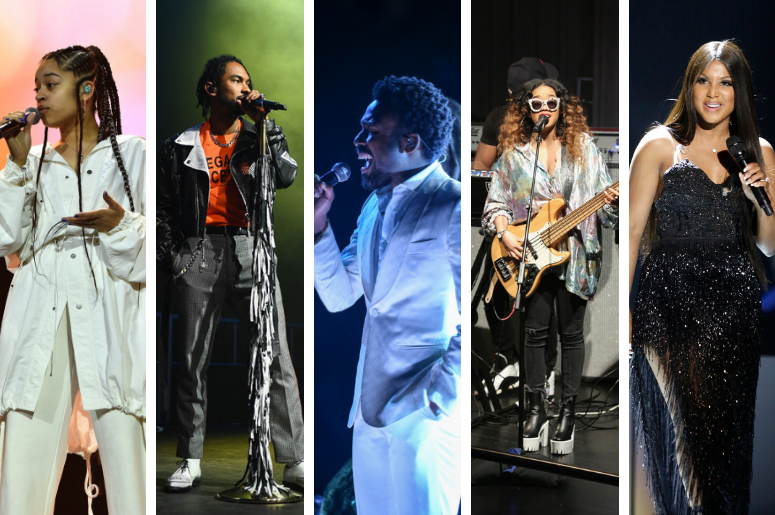 The GRAMMY Award for Best R&B Song is really a songwriter's award that recognizes the person who pens the hottest R&B track of the last year.

So this year, who ya got? R&B legend Toni Braxton leads the pack, but a pair of newcomers in both Ella Mai and H.E.R. could take home the trophy. Or, it could come down to a heavyweight battle between Childish Gambino and the pairing of Miguel and J. Cole. Frankly, they're all solid R&B gold, so whoever it is that takes home the GRAMMY in this category definitely will have earned it. Here's a more on the songs up for the honor.

There may not have been a bigger R&B hit this last year than the debut single from British singer Ella Mai. Because the soulful and very real track became an instant hit nearly a year ago, the 24-year-old's self-titled, debut album which dropped eight months later, in October, was met with an anticipation level that the R&B world hasn't seen in years.

Others may claim to be the Kings of R&B, but that would mean someone has to knock Miguel off the throne first. The bilingual GRAMMY winner's 2017 album War & Leisure featured a handful of straight hits, including the Platinum single "Sky Walker" and the spicy, sultry and, seductive "Come Through and Chill" with J. Cole.

It may be the end of an era for the Coachella headliner, but Childish Gambino, a.k.a. Donald Glover may end up going out on top. The musical alter-ego of Donald Glover will, perhaps, play his final show this April in the desert, but he may retire Childish Gambino with another GRAMMY thanks to the vibey, catchy, feel-good jam "Feels Like Summer."

One of five GRAMMY nominations for the first-time GRAMMY nominee comes in a couple pretty prestigious category, including Album of the Year. Raw, emotional, and honest, "Focus," from H.E.R.'s self-titled 2017 album is one of two songs that could win an R&B GRAMMY this year.

You don't reach double digit GRAMMY nominations without consistently delivering hits. The reigning queen of R&B, Toni Braxton, will look to defend her crown against a field of talented young singers/songwriters. The second single off Braxton's Sex & Cigarettes album, "Long As I Live," is nominated for a pair of GRAMMY Awards.