The Hive wasn't the only thing buzzin' last night.

It was an absolutely electric scene in Los Angeles as music's most powerful couple were honored with the Vanguard Award at the 30th Annual GLAAD Media Awards. Beyoncé and JAY-Z were honored for their role in supporting the LGBTQ community both in their private lives and in public. 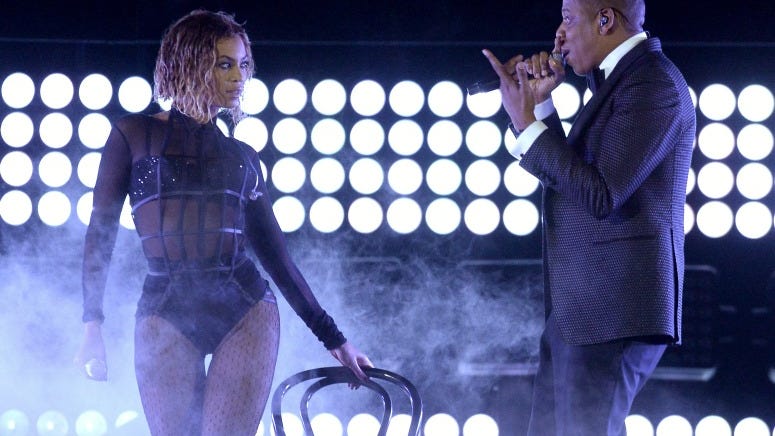 The Greenprint: Try Going Vegan and You Could Win Beyoncé and Jay Z Tickets for Life

The two were ushered to the stage just after a seven minute medley of Beyoncé hits were performed by RuPaul’s Drag Race all-star Shangela. Once the couple made it to the podium, that's when their emotional acceptance speech captivated the LGBTQ community and beyond.

In their speech, Beyoncé emotionally spoke about her gay uncle and his fight against HIV. Check out the entire speech below.

Jay himself was honored last year by GLAAD for his song "Smile," which detailed his mother, Gloria Carter, coming out as a lesbian.

Meanwhile, next month, Madonna will receive GLAAD's Advocate for Change Award. It'll mark the first time that a woman will receive that honor.