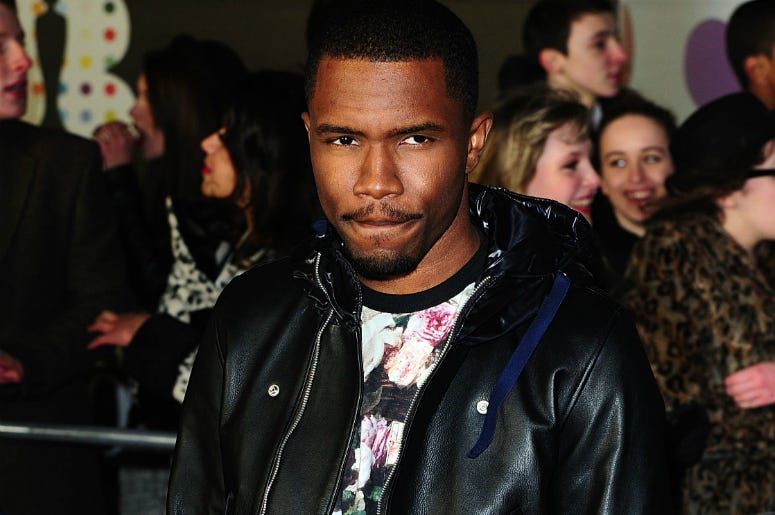 Is it just us, or is everything Frank Ocean does just fire. For real though, just straight FIRE! Everything. Like, the guy could be sing the phone book and we'd all be hooked. You know you would!

Leave it to the modern-day Frank Sinatra, mixed with a little Anita Baker and a splash of D'Angelo to put out a breathtaking cover of a 1960's pop song made famous by Audrey Hepburn in the 1961 film Breakfast at Tiffany's. Just one day after Valentine's Day, Ocean released a soulful cover of the Henry Mancini-penned song "Moon River."

Of course, most people who haven't seen Breakfast at Tiffany's probably won't realize that Ocean essentially flipped the script on the song, without changing more than a handful of words. Hepburn's version in the movie was heartbreaking, complete with audible sighs. Ocean, never one to be satisfied with just imitation, turned the song into something more hopeful - a tale of "two drifters" facing unimaginable opportunities. Listen below.

It's a bit unclear when we'll get a new Frank Ocean album, though some outlets think it'll be this year. It's also unclear if this cover will go on the album, as Ocean has been known to release "streaming-only" singles.