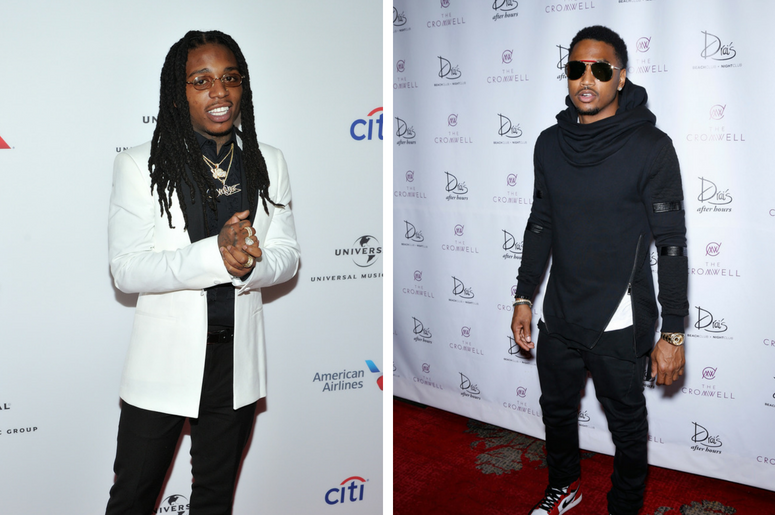 First things first, know that this new track from Jacquees is not for kids. Nope. Nor should you listen to it at work, church, or in front of your mom or grandma. It is a song strictly meant for the bedroom only!!!

Now that we got that out of the way, the NSFW track "Inside," featuring Trey Songz, is expected to be the lead single off Jacquees' highly anticipated debut album, 4275, which should be released in June. And let's just say this one follows the "B.E.D." singer's trend of... ahh.. sexually-honest lyrics. Take a listen:

4275 will mark Jacquees debut studio album with Cash Money Records. It comes following 2016's Lost At Sea EP and March's This Time I'm Serious EP, as well as a handful of successful Mixtapes.