Sure, it's been more than a minute since we last heard that silky smooth falsetto from Robin Thicke, but now that it's finally back we are here for it.

Thicke just released his first track of 2019, a straight R&B jam called "That's What Love Can Do." For awhile it looked like Thicke was going to dive deeper into his hip-hop roots for his upcoming eighth studio album, that was until "Testify" was released in late 2018 and now with "That's What Love Can Do." Both tracks together seem like they signal a change in the singer's view on life. They also show off a lot of that pre-Blurred Lines soul that Thicke would became famous for. 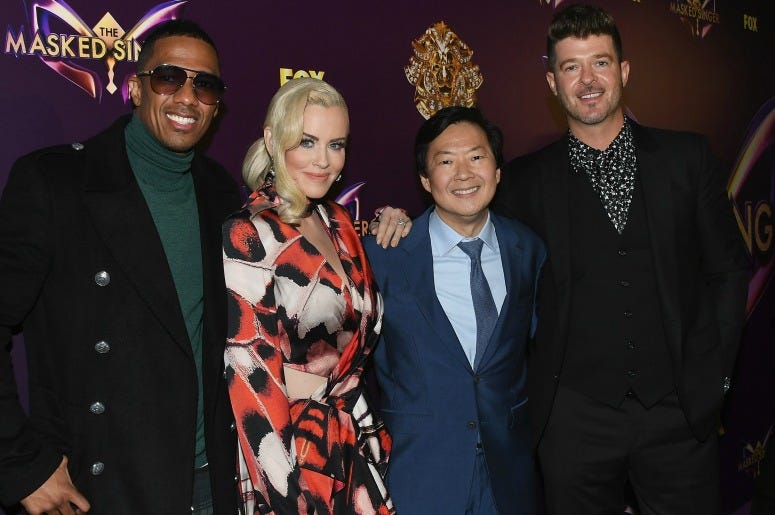 Spoiler Alert: ‘The Masked Singer’ Is Bonkers and Perfect

Of course, the crooner has been through a lot since the 2014 release of his much-maligned Paula album. The 42-year-old officially divorced ex Paula Patton in 2015, lost his father Alan Thicke in 2016, reached a custody agreement with Patton in 2017, became a father for a second time with girlfriend April Love Geary in 2018, and then a third time just this past February. All of that while dealing with the fallout from the "Blurred Lines" lawsuit and appearing as a judge on the FOX hit The Masked Singer.

Meanwhile, there is no release date set for Thicke's upcoming album yet, but many have suggested it will drop sometime this year. Whenever it hits the streets, we'll be waiting!