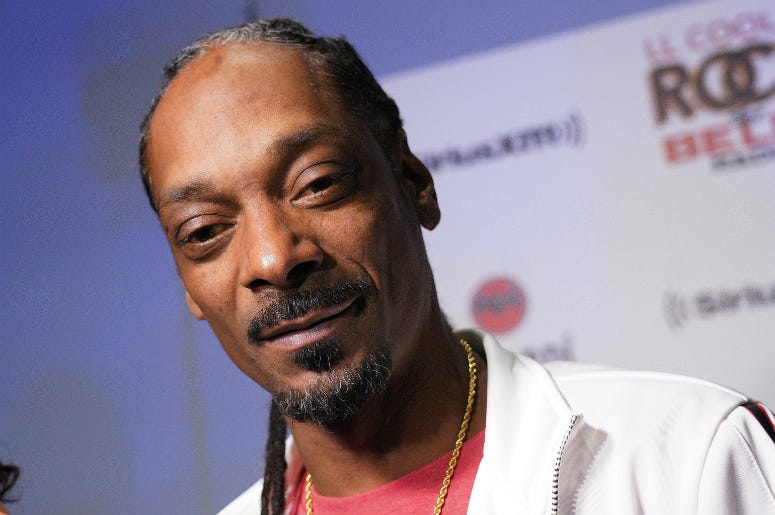 Whether you love a dope dinner party or need a quick cure for the munchies, don't worry, Snoop Dogg is ready to ride with you.

The Doggfather says he'll drop his first ever cookbook in October, featuring everything from finer fare to something to snack on. From Crook to Cook is no doubt inspired by the... unique relationship between Snoop and culinary diva Martha Stewart. The two of course host VH1's Emmy-nominated Martha & Snoop's Potluck Dinner Party.

In a statement about the upcoming book, the rapper/entertainer said: "You know it’s blazin’ up in my kitchen. I’m takin’ the cookbook game higher with a dipped and whipped collection of my favorite recipes, ya dig?"

Recipes are set to include everything from lobster thermidor to waffles. And you know Snoop had to put in a gin and juice recipe too!

Despite Snoop's... ahh... habit... the ironically-named publisher, Chronicle Books, promises that the recipes will all be "cannabis-free."

From Crook to Cook will be available in October, everywhere books are sold.