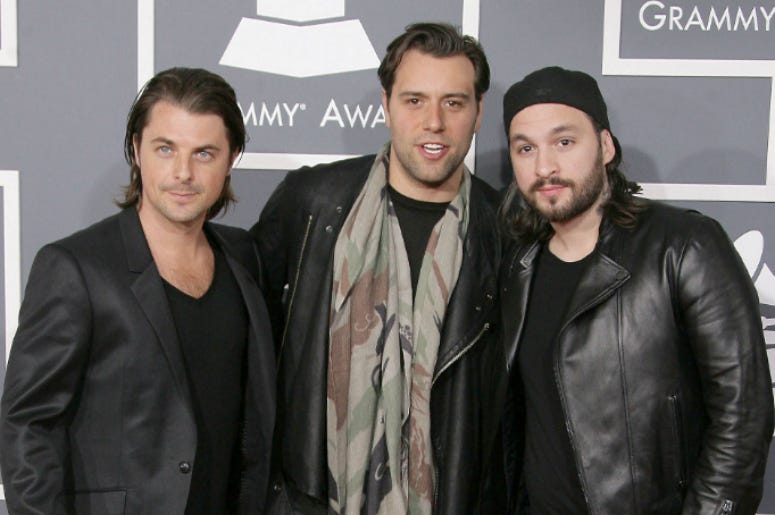 After an incredibly crowd-pleasing reunion at Ultra Music Festival: Miami back in March of this year, any sign of new music or future reunions from Swedish House Mafia makes our heart beat a little too fast.

While Axwell Λ Ingrosso have been doing pretty well and making a name for themselves, we miss that signature Mafia sound!

Their billboard was set up to promote their new track "Dancing Alone" which features RØMANS who has produced songs such as Ella Mai's "Breakfast In Bed" and "Makes Me Wonder," Jonas Blue's "Mama," and Demi Lovato's latest single "Sober" to just name a few.

Check out the billboard here which displayed the "Dancing Alone" artwork but then showed an error message flashing those unmistakeable Swedish House Mafia white dots.

"Dancing Alone" also happens to have a very, very, Swedish House Mafia sound to it. Listen to it and see for yourself:

What do you think! Could the guys of SHM be reuniting?