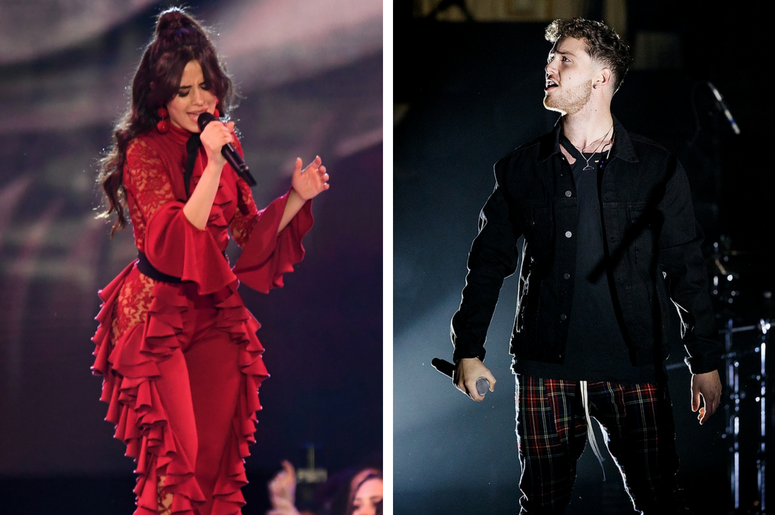 Camila Cabello and Bazzi have officially dropped their first collaboration ever. (Listen below!)

Bazzi has opened for Camila on multiple tour stops and it seems like a little musical magic has happened. Camila is currently out on her Never Be The Same tour.

Their new release is actually a remix of Bazzi's first single, "Beautiful," off of his Cosmic album. The track was originally just a freestyle, he tells MTV, and now has landed a feature from one of the biggest names in pop music. "I went to the studio and I freestyled 'Beautiful' in like an hour and a half," Bazzi says.

The "Havana" singer teased us Tuesday with this tweet to her 7.1 million followers:

Followed up by Bazzi:

Finally, we have the full track. Listen to it here: