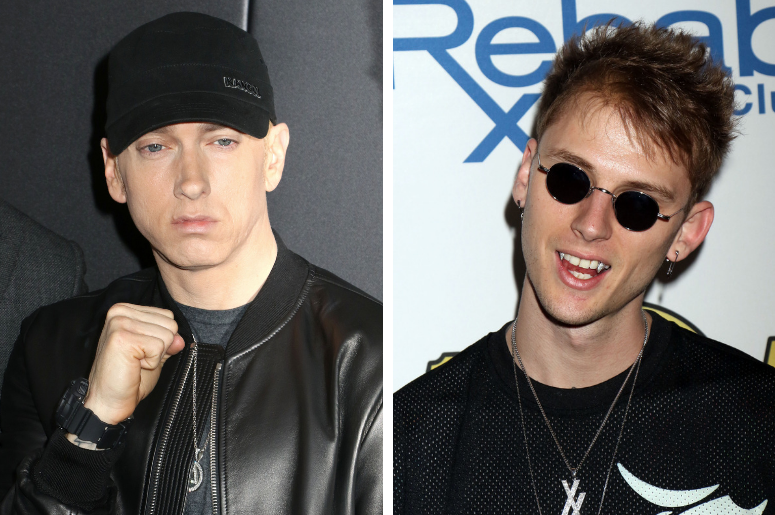 If one thing is for sure, it's that Eminem has had enough of the media and "fans" firing shots at him.

Following the release of his surprise Dr. Dre-produced album, Kamikaze this past week which aims its sights on a bunch of "lil" rappers like Lil Pump, Lil Yachty, and Lil Xan, Shady dropped the first music video for the tenth track off of the LP.

In this new video for "Fall," a dark presence follows Eminem and eventually possesses the southeast Michigan rapper to fly out of a high rise building. The video concludes with M stomping his previous album, Revival.

Many rappers have acknowledged the diss, however, Machine Gun Kelly most notably took issue.

In short, and back in 2012, MGK tweeted and called Eminem's daughter Hailie "hot as f*ck."

Eminem finally addressed that on "Not Alike," a track off his recent surprise album, Kamikaze.

After hearing his diss on "Not Alike," MGK released "Rap Devil," a response diss track overtop of Shady's "Rap God."

im standing up for not just myself, but my generation. im doing the same shit you did back in ur day. life is still real on my side, and i had to take time from the grind to defend myself from someone i called an idol. love, Rap Devil.

It's unsure if Slim Shady will respond, or if MGK is simply looking to gain attention, but either way both tracks have sparked a significant amount of conversation.