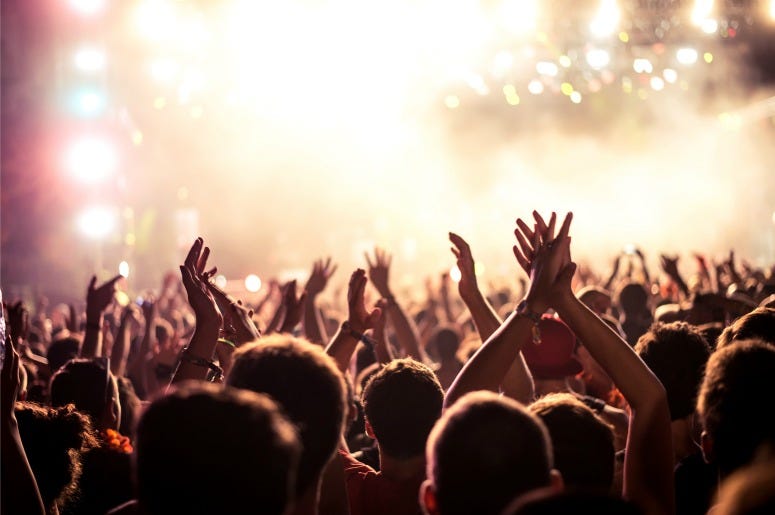 Life Is Beautiful returns to Downtown Las Vegas for its seventh year September 20-22. As we’ve come to expect, the lineup is stacked with heavy hitters. Chance the Rapper, The Black Keys, Post Malone, Billie Eilish, Vampire Weekend, and more are scheduled to perform at the three-day music and art festival. Based on some of the acts’ recent activity, we could be in store for some big surprises.

Chance the Rapper, who makes his third appearance at the festival and his second as a headliner, released his much-anticipated official debut album, The Big Day, in late July. The album features some unexpected appearances, including festival alum and Death Cab for Cutie frontman Ben Gibbard on “Do You Remember?” Chance performed the song during a recent appearance on “Good Morning America” sans Gibbard, but we’ve got our fingers crossed for a cameo. It’s a headlining performance, after all, and Chance the meme is known to bring friends with him.

Speaking of big days, Life is Beautiful headliner Billie Eilish just dethroned the song of the century, Lil Nas X’s “Old Town Road,” from the number one spot on the Hot 100 chart. The 17-year-old pop star ended Lil Nas’ record-breaking 19-week run at the top with her hit, “bad guy.” The feat sets a new record, as well. She’s the first artist born in the 2000s to have a chart-topping hit.

But don’t think for a second that “Old Town Road” is over. Last month, a leaked snippet of what might be yet another remix found none other than Lil Wayne rapping absurd, cowboy-themed lines like “She got that honky tonky / I met her on Farmers Only” over the country-trap tune. We’re hoping Weezy will give fans the whole verse when he performs at the festival on September 21. By the time Wayne gets to Vegas, he’ll have also just wrapped up his co-headlining tour with blink-182. The pop-punk legends played the festival in 2017. Maybe Tunechi will bring them along for an encore?

Folk-pop darling Maggie Rogers also has some famous friends. She’s been on a hot streak since her debut, Heard It in a Past Life, released in January. It was just three years ago that she was in an NYU music program when Pharrell dropped in for a masterclass and was left speechless by her music. Now she’s playing Lollapalooza, modeling power suits for W magazine, and DJing with Carly Rae Jepsen. Bring her, maybe?

On the new release radar, 22-year-old pop singer Chelsea Cutler hit us with her newest banger, “How To Be Human,” last week. On it, the blossoming singer/songwriter/producer tries to make sense of adulthood, pleading in a robotic tone: I don’t know what I am doing, please tell me how to be human.

Garage-pop outfit The Regrettes’ name might be overshadowed by the headliners on Life is Beautiful’s lineup, but if their just-released sophomore LP, How Do You Love?, is any indication, they’ll be at the top soon. Released August 9, the album mixes riot grrrl fire with pop-punk riffs. Listen to “I Dare You” and try not to dance.

If you need a new song of the summer, Rae Sremmurd member Swae Lee’s “Won’t Be Late” with Drake might be it. Released August 15 alongside Swae’s solo single “Sextasy,” the breezy “Won’t Be Late” features an Afrobeat-inspired backdrop that’s sure to set dancefloors on fire. If Swae gets the Canadian crooner to Life Is Beautiful, that might become the biggest moment in the festival’s history. But, honestly, we’ll be just as happy to hear him perform “Sunflower” alongside headliner Post Malone.

And in case you didn’t get the memo, The Black Keys are back! The Akron, Ohio boys finally dropped Let’s Rock, their ninth album and follow-up to 2014’s Turn Blue, in late June. The new record finds the duo in rare form, delivering stripped-down blues-rock reminiscent of their early works. In the time between albums, rumors had spread that they’d broken up. Naturally, they poke fun at the idea in their video for “Go,” in which their label demands they go to a spiritual retreat together to reconnect. Oh, how we’ve missed you.

Who are you excited to see at Life Is Beautiful? Check out the full lineup and purchase tickets here.