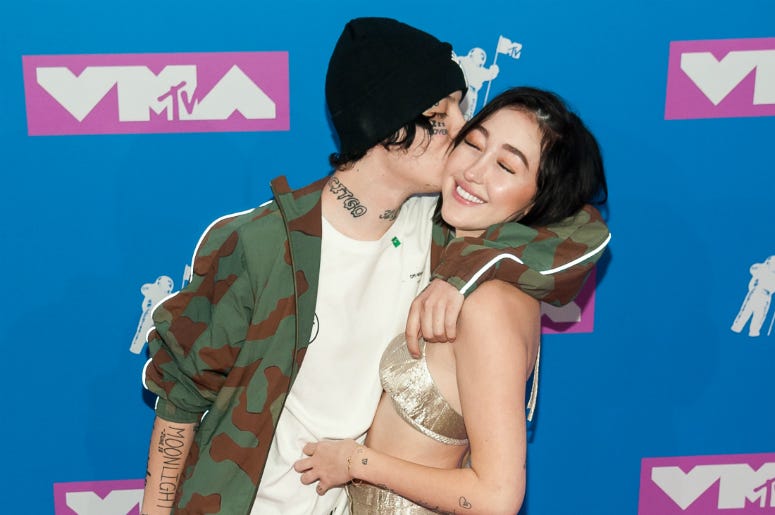 Noah Cyrus has collab'd with her new boo, Lil Xan, on a fresh track "Live or Die."

Just following the new couple's official announcement mere weeks ago, we get a new song from them, together, as a unit. (So cute!)

They were both just at the MTV VMAs on Monday evening where they shared a quick make-out sesh while on the pink carpet.

Noah Cyrus, the little sister of Miley Cyrus, became widely known for her track "Make Me Cry" featuring English singer Labrinth. Xan, on the other hand, grew to be known from his break out track, "Betrayed."

Get a first listen to their newest track, "Live or Die," below: