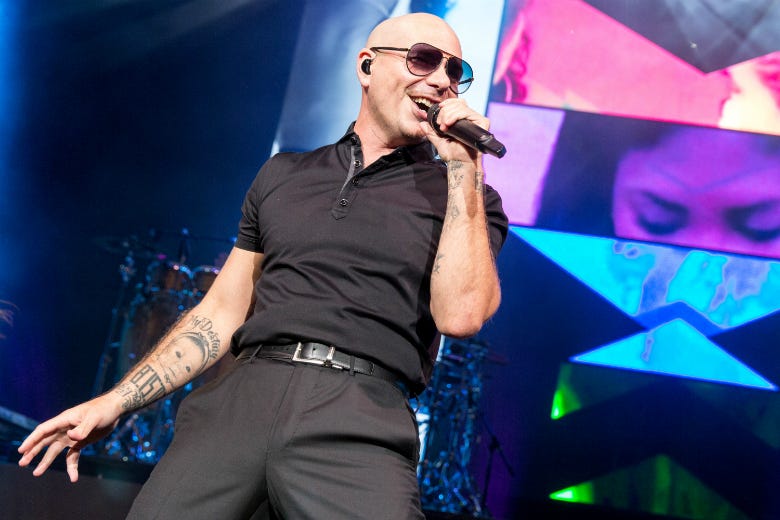 Pitbull is no stranger to big time A-list collaborations. And the one he's got cooking now is sure to be no different.

If you recall last year, Mr. 305 told us that Camila Cabello and J Balvin actually replaced Britney Spears and Romeo Santos on the original version of "Hey Ma" for the Fate Of The Furious soundtrack.

In a more recent interview, Mr. Worldwide said, "I know this is going to sound crazy. We got a record coming out with Marc Anthony, Britney Spears and this guy Pitbull."

Pitbull has actually never not been expanding his ever-growing list of those A-list collabs. He's made sounds with Afrojack, Chris Brown, Kesha, J-Lo, Lil Jon, Ne-Yo, Shakira, and more. This new track with Marc and Britney could just be another song on that list, or, maybe it's to make up for the last song Britney was replaced on. Maybe it's to just bring a new vibe? We may never truly know for sure. But we do know it's going to be a sexy summer anthem!

Pitbull also just so happens to be touring with Britney Spears in the U.K. this summer, so we can expect the track to be released very soon.