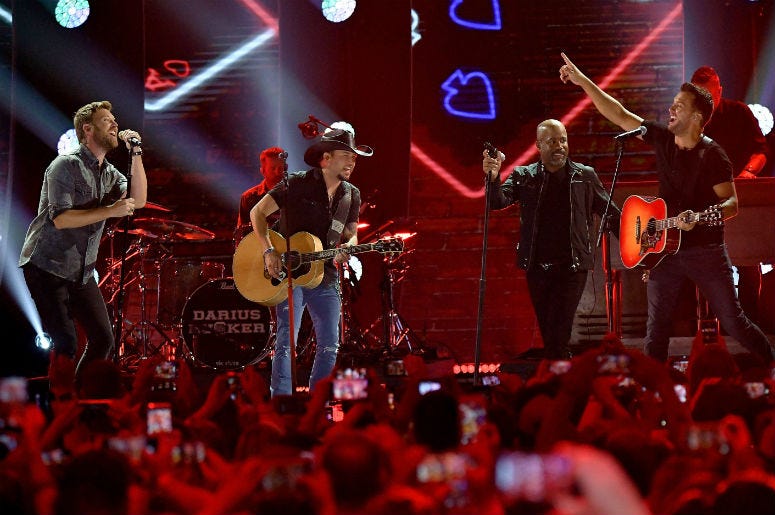 In the video below, Rucker revealed to Billboard that he's been meaning to cut the track for quite some time now. With some encouragement from Kelley, "Straight To Hell" is now included on his seventh studio album, When Was The Last Time.

Due to the artists' busy schedules, it was the first time all four of the country superstars would perform the song together in the same room. "I was blown away by how good it sounded," Rucker shared to Billboard.

Rucker has now released the "Straight To Hell" music video while Aldean, Bryan, and Kelley all make an appearance. He teased the project on Instagram earlier this month with a photo captioned, "Ladies and Gentleman... The Troublemakers!!"

Watch the official "Straight To Hell" music video below.