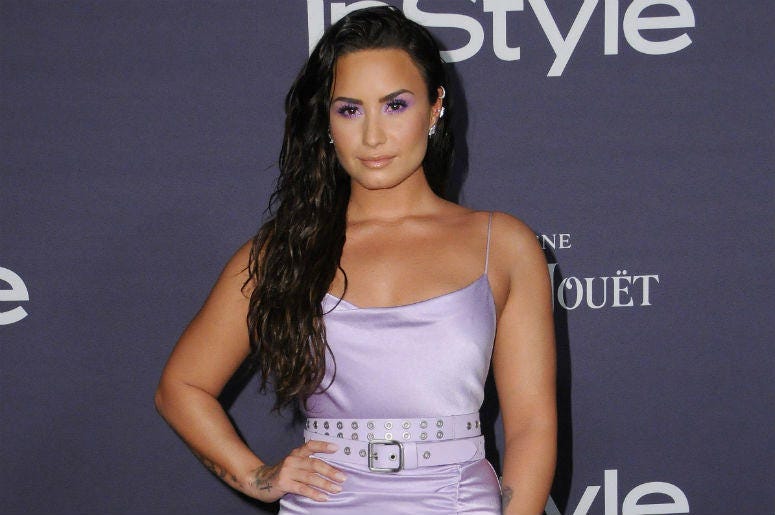 Demi Lovato's fans have rallied together to share their personal stories of #HowDemiSavedMe. On Tuesday (July 24), TMZ reported that the superstar was hospitalized for an apparent overdose.

A representative for Lovato has since released the statement below:

“Demi is awake and with her family who want to express thanks to everyone for the love, prayers, and support. Some of the information being reported is incorrect and they respectfully ask for privacy and not speculation as her health and recovery is the most important thing right now.”

The 25-year-old celebrated six years of sobriety back in March. Lovato revealed her truth and sadly announced she had relapsed in June with the release of her latest track, "Sober."

Read the stories  of #HowDemiSavedMe from Lovatics via Twitter below.

I’ve suffered from mental illness. eating disorder. self harm. and addiction. I don’t know where I would be today if I didn’t have Demi Lovato in my life. She’s helped me for YEARS when no else bothered to check on me. She did with her words and music. #HowDemiHasHelpedMe

i was bullied at school and i’ve always been insecure/shy. demi helped me so many times and one day i was in a really bad day, so i posted a letter saying how i was feeling about myself and she commented this. i have no words to say how much i love her. 😔❤#HowDemiHasHelpedMe pic.twitter.com/EYOp6UHjMQ

For so many years she was my only friend, and still is nowadays. Also thank to her I get to know some lovatics that are my friends now. She's my world, I don't know what would happen to me without having her in my life. #HowDemiHasHelpedMe

#HowDemiHelpedMe #HowDemiHasHelpedMe
Her lyrics, her music and her strength are my confidence, my resilience and my self-esteem.❤️

1. To love myself in the skin I'm in
2 To understand that not everyone will love you
3. To surround yourself with those who only want to see you succeed
4. That imperfections are what make us perfect
@ddlovato I ❤ you & the confidence you have given me#HowDemiHasHelpedMe

Mental health, alcohol and drug abuse, addiction, and relapses are very real. You are not alone, and we understand.

Give a call to 1-800-662-HELP (4357), the Substance Abuse and Mental Health Services Administration's national helpline, at any time, any day of the year, and free of charge.