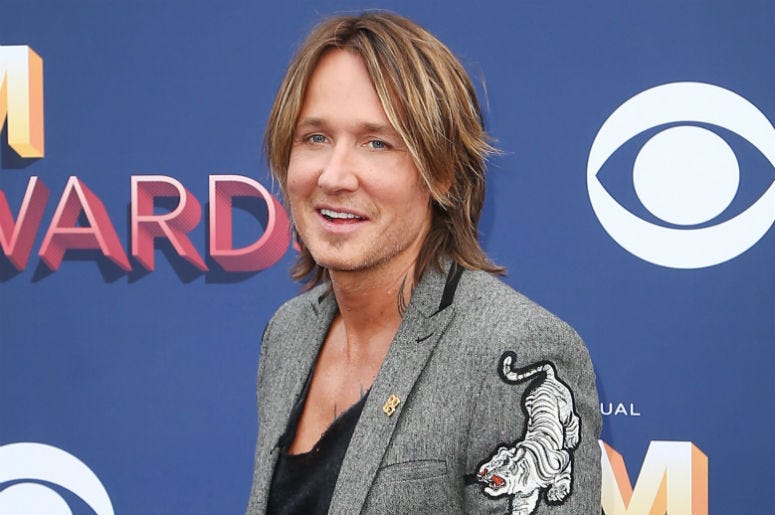 Keith Urban was first introduced to country music by his father's record collection. At the age of 5 he was listening to Johnny Cash, Merle Haggard, and Don Williams.

The country superstar's very first concert was seeing Cash in Australia. Urban sat down with Midland to reveal the impact the music icon left on him and so much more.

"I don't remember a lot about it. Cash will leave an impression on any age," Urban shared.

Midland's Jess Carson, Cameron Duddy, and Mark Wystrach were quite eager to then learn about Urban's guitar shredding skills. He also unveiled who his current favorite guitar player is in our exclusive interview above.

Keith Urban dropped his tenth studio album, Graffiti U, on April 27. The "Coming Home" singer will embark on his headlining Graffiti U World Tour in June with special guest Kelsea Ballerini.