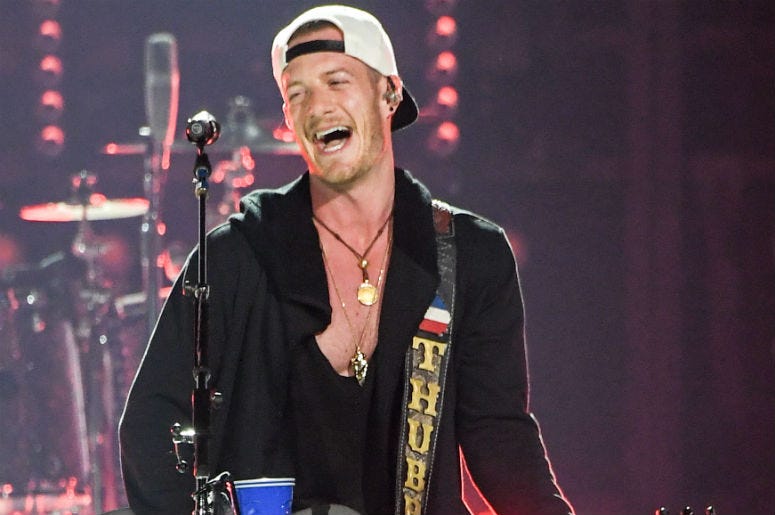 Florida Georgia Line's Tyler Hubbard is taking fans inside his Nashville home. The country star and his wife, Hayley, talk all about their plans to grow their family, music, and more.

Tyler and Hayley welcomed their little girl Olivia Rose in December of 2017. When it comes to being part of a famous country duo, there's a good chance music will run in the FGL family.

"She's definitely finding her voice, let's just say that. I think it will be fun to play music around her a lot," Hubbard shared.

The couple revealed to Entertainment Tonight that they will also consider adoption after being by their good friend Thomas Rhett's side. The "Marry Me" singer adopted his daughter Willa Gray just last year.

Now, what can we expect to hear on Florida Georgia Line's upcoming record?

The guys are currently in the studio working on project number four which has been influenced by their life changes. However, Hubbard assured us that he and Brian Kelley will most certainly still have plenty of party songs on the track list.