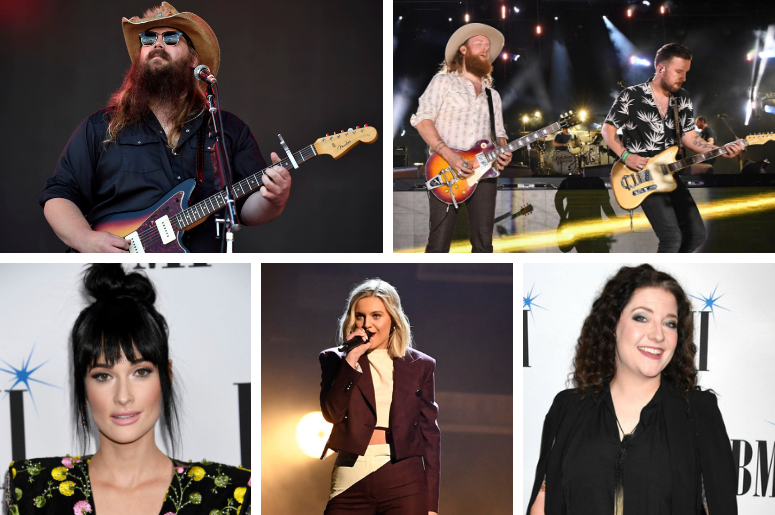 The 61st Annual GRAMMY Awards kick off on February 10, but, before then, we wanted to take a closer look at the category you'll be watching out for.

It's all about BIG voices this year, as Brothers Osborne and Chris Stapleton try to compete with a few of music's most beloved ladies in Kelsea Ballerini, Ashley McBryde, and Kacey Musgraves. So, without any more delay, here are the GRAMMY nominees for Best Country Album.

Kelsea Ballerini has become one of the biggest females of the country genre. The singer-songwriter released her sophomore album, Unapologetically, in November of 2017. She has since unveiled three singles including "Legends," "I Hate Love Songs," and "Miss Me More." Ballerini was previously nominated in the Best New Artist category in 2016.

Brothers Osborne may have made the statement of the year for the genre all the way from Port Saint Joe. John and T.J. Osborne will attend the GRAMMYs with their fifth nomination under their belt and possibly their first-ever win. The bold collection of country tunes features their smash hit "Shoot Me Straight" as well as their latest single "I Don't Remember Me (Before You)."

Ashley McBryde is definitely not a Girl Going Nowhere after receiving her first-ever GRAMMY nomination. You may possibly find the country star at "A Little Dive Bar in Dahlonega," however, she's here to stay.

Kacey Musgraves sure is in her Golden Hour state of mind while she possibly prepares to take home her third GRAMMY win next month. The 30-year-old's critically-acclaimed collection is also nominated for Album of the Year among all genres. Musgraves previously took home Album of the Year at the 2018 CMA Awards as well.

CHRIS STAPLETON -- From A Room: Volume 2

Chris Stapleton is the gift that keeps on giving for the country genre following the release of his third studio album, From A Room: Volume 2. The lead single for the project, "Millionaire," is also nominated for Best Country Solo Performance.