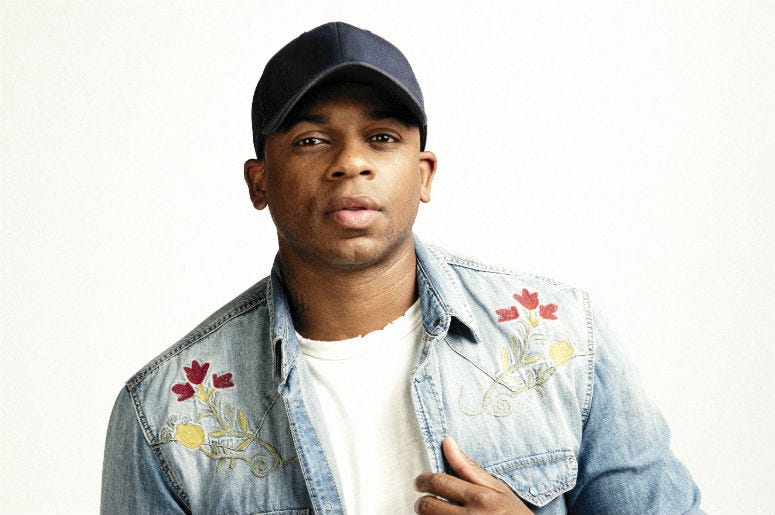 Jimmie Allen will release his highly-anticipated debut album, Mercury Lane, on October 12. The country singer's new project will feature his top 20 hit, "Best Shot," as well as his previously released tracks "Underdogs," "21," "Warrior," and "Back of Your Mind."

“Mercury Lane is where my journey began. All of the fundamental life lessons that shaped my values and make me who I am today, I was taught on that street—its where I learned about love, family, life, how to believe in myself, the concept of never giving up, following your dreams and being a good person,” said Allen. “This album touches on all of those ideals and truly feels like I’m sharing a piece of my heart with the world. I’ve been working toward this moment for so long; I can’t wait to share it with everyone.”

Along with Allen's exciting album announcement today (September 21), comes a brand new song. The singer-songwriter unveiled "Make Me Want To" from the collection which showcases his romantic side.

Allen's Mercury Lane follows the release of his 2017 self-titled EP. He will make his national television debut next month on the TODAY Show to introduce the new music to his fans as well.

HEY Y’ALL!!!! My debut album "Mercury Lane" is now available for pre-order. #MercuryLane is the street I was raised on in Delaware. With the pre-order you get 6 songs including a brand new song "Make Me Want To" Available here: https://t.co/cwSSih6ZNE
🔹Full Album 10/12🔹🤙🏽⚡️ pic.twitter.com/bCyz1bnnC9