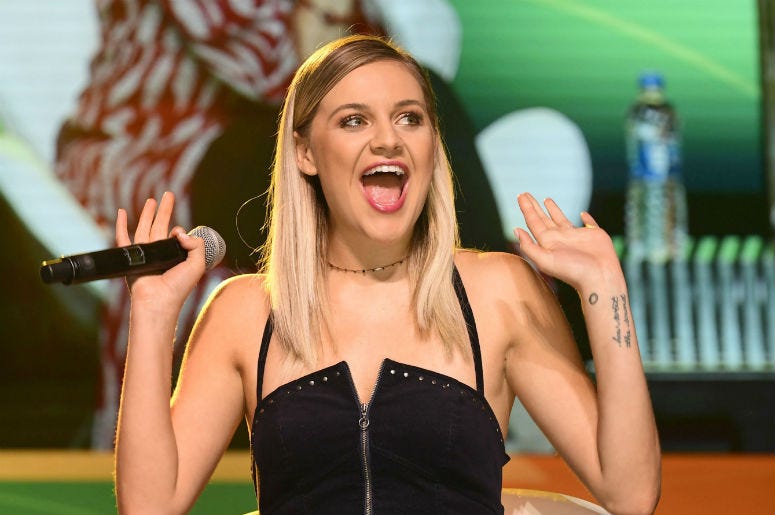 Kelsea Ballerini announced today (September 10) that she will serve as the fifth coach on The Voice. Season 15 kicks off on NBC at the end of the month where the country star will launch The Comeback Stage.

Kelly Clarkson, Jennifer Hudson, Adam Levine, and Blake Shelton are all set to return as coaches of the singing competition with host Carson Daly. The Voice and its new online series will premiere on Monday, September 24 and includes 10 episodes.

According to E! News, "The series will feature Ballerini mentoring six deserving comeback artists who auditioned for the show during the fan-favorite Blind Auditions but did not make a team."

Fans will be able to watch The Comeback Stage starring Ballerini via YouTube, The Voice app, Instagram TV, Facebook, and NBC.com when it airs. The six artists will compete for a spot in the Top 13 live shows which will begin to air in November.

just call me Coach KB 💃🏼😂 so excited about this @nbcthevoice!! show premieres Monday, 9/24 at 8/7c on @NBC. Be sure to tune-in! #thevoice https://t.co/SanflrEmTw pic.twitter.com/4MddzLpSJP