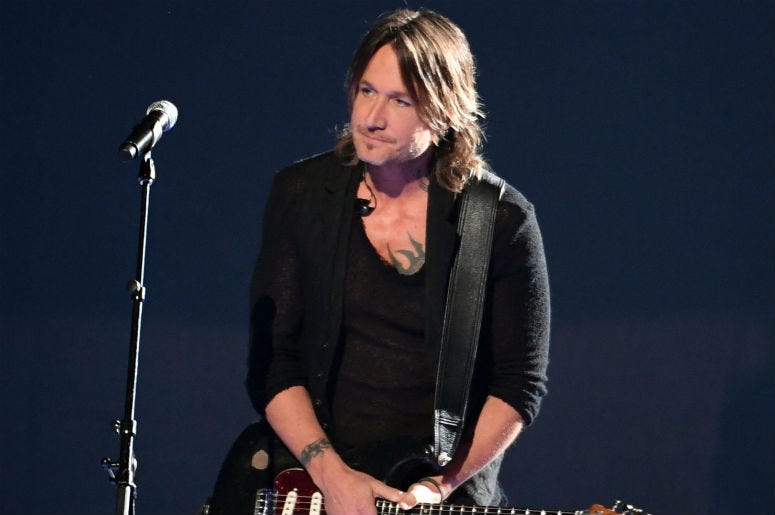 Keith Urban's new song, "Female," is emotional yet empowering. The country superstar performed the track for the first time live at the 51st Annual CMA Awards November 8 just hours after it was released.

Urban revealed to E! News that he was in the studio recording his next album when he found "Female." The lyrics floored the 50-year-old saying it spoke to him on many levels mainly due to the fact that he is a father of two daughters, a husband, and a son.

According to Billboard, "Female" was co-written by Shane McAnally, Nicolle Galyon, and Ross Copperman which was inspired by the recent disturbing allegations against Harvey Weinstein. The bold new ballad is very influential during this controversial time in the entertainment industry.

Keith Urban has also released a lyric video for "Female." Watch below!