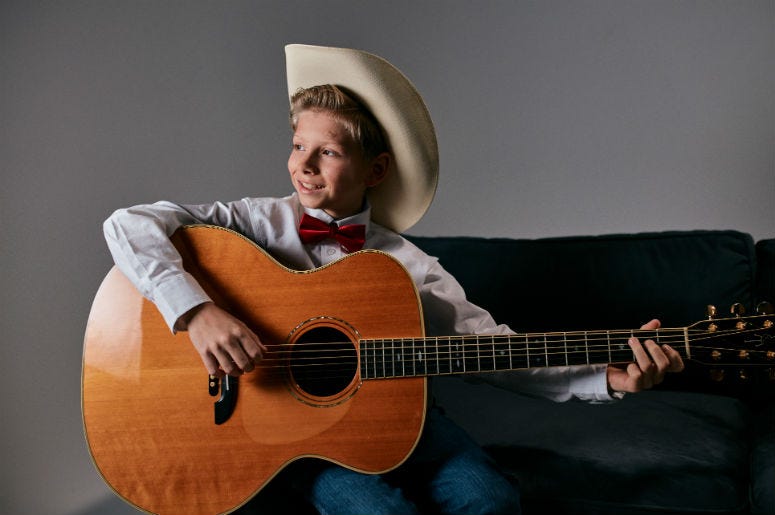 Mason Ramsey may have just made his yodeling debut at his local Walmart, however, the 11-year-old is now "Famous." Yes, we can all Yodel-ay-hee-hoo because the viral sensation has signed with Big Loud Records and is releasing his debut single.

The original video of Ramsey which was shared on March 27 showcases the 'Walmart Yodeling Boy' performing Hank Williams' "Lovesick Blues" in Illinois.

Since the impromptu show on the mattress aisle, Ramsey has garnered thousands of followers, an appearance on The Ellen DeGeneres Show, and a performance at Nashville's Grand Ole Opry.