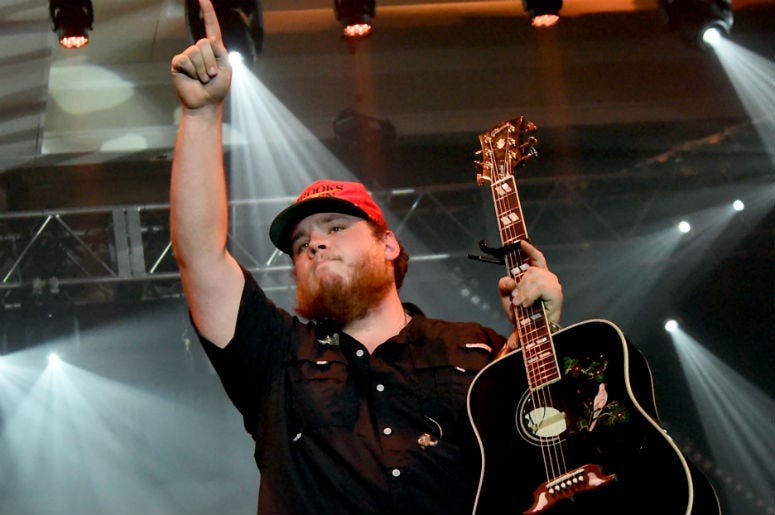 Luke Combs announced today (April 9) that he will release a deluxe album on June 1. This One's For You Too will feature five brand new songs including "Houston, We Got A Problem," "Must've Never Met You," "Beautiful Crazy, "A Long Way," and "She Got the Best of Me."

The country star's original debut album, This One's For You, was released in June of 2017. Combs' record features his smash hit "Hurricane" as well as his newly platinum-certified, "When It Rains It Pours."

Excited to announce This One’s for You Too (Deluxe Edition) featuring 5 brand new tracks - “Houston, We Got a Problem,”...

“As a songwriter, I’m always writing and adding new songs to our set lists. Some songs I haven’t released have even become staples in our shows because the fans request them,” Combs shares. “As we’re working on the next record, the deluxe gives me the chance to say thank you to the fans for supporting my debut album and share with them some of the new music they’ve fallen in love with on the road with us.”

The first-time ACM Awards nominee co-penned each new song on the 17-track collection.

Luke Combs is currently out on the road for his Don't Temp Me With A Good Time Tour with special guest Ashley McBryde. This summer, he will join Jason Aldean's High Noon Neon tour as a supporting act.