Marshmello weighed in on a rather controversial subject on Saturday night backstage at the B96 Pepsi Jingle Bash in Chicago.

The EDM artist participated in a hilarious Q+A with on-air hosts, Tyler and Julia, and gave his take on this hot question: ‘could Jack have fit on the floating door with Rose at the end of Titanic?”

It’s been more than two decades since James Cameron’s Titanic was released, but audiences continue to debate whether or not Jack could have survived if Rose had just moved over and let him climb on instead of forcing him to float in the icy waters of the Atlantic.

Many argue, including Marshmello, that if this happened, both of them could have survived and lived happily ever after.  However, according to the script, the object she uses to save herself isn’t a door but a piece of wooden debris. 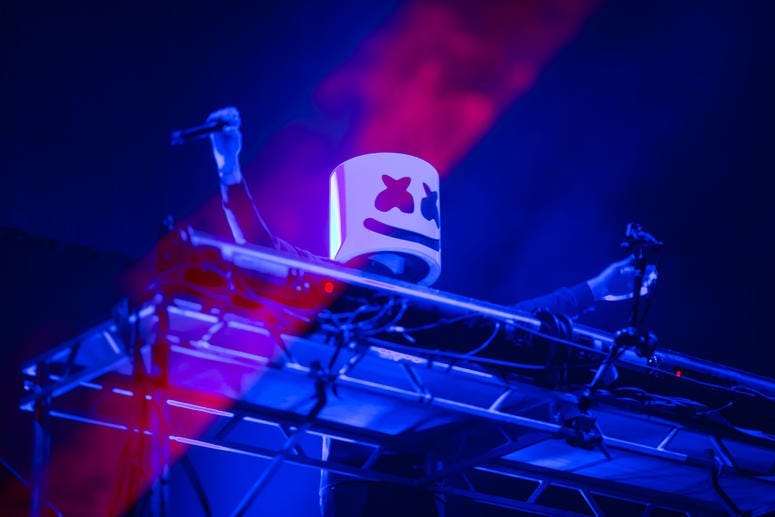 The script also makes it clear that adding Jack would have caused them both to die.

“But when Jack tries to get up onto the thing, it tilts and submerges, almost dumping Rose off. It is clearly only big enough to support her. He clings to it, close to her, keeping his upper body out of the water as best he can,” the script reads.

Marshmello answered several other off-the-wall questions in the hilarious segment including “is ‘Die Hard’ a Christmas movie?” and ‘Would Robert Downney Jr. make a good emergency contact?”

Throughout it all, he assured the jocks he was having fun hitting the buzzer that excitedly responded, “gimme a ‘Y’, gimme an ‘E’, gimme an ‘S.’"

We had fun too, Marshmello.