By Lizzy, B96 Chicago
Updated on

Between opening up for Ariana Grande's Sweetener World Tour and playing festivals like Lollapalooza, Normani has been putting in the work for her debut album.

Eager fans have been waiting for her album, even reminding her that it's been 203 days since she's dropped new music. But don't worry, we won't have to wait another 203 days for the album.

Normani teased that it's coming "at the beginning of August."

Yes, she was reminded that August 1st is technically the beginning of August, but her lips were sealed on a release date.

Normani did reveal that she's been taking her time putting this album together because she won't ever get a second shot at her first album cycle again. "I want it to be special because I've spent 7 long years being someone that doesn't fully represent who I am," adding "and I can speak for all of us when I say that like we were who we were in the entity of Fifth Harmony."

If "Love Lies" and "Dancing with a Stranger" are any indication, she's right, the wait will be totally worth it. 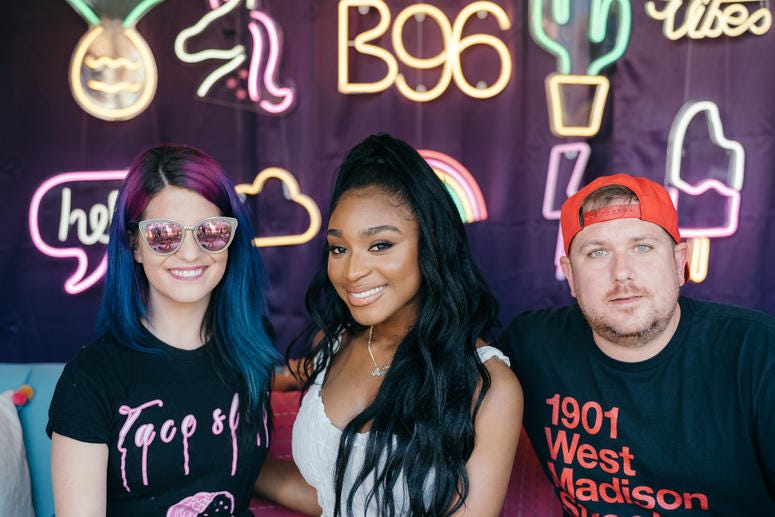 "My fans will be happy it took this long," she joked.

When asked if she's scared of putting her new music out there and being so vulnerable with her fans she assured us she's "trusting the process" and knows that it'll showcase her growth.

While there's been plenty of collaborators who have worked on Normani's upcoming album, one artist, in particular, stood out. Ariana Grande.

Normani lit up when she mentioned how much Ari's involvement meant to her. "She's been so supportive of me," Normani said adding that Ariana encouraged her to be comfortable putting the record out without any features.

Fans would obviously love a collaboration between the two pop divas and maybe somewhere down the line it'll happen, but for now, it's Normani's time to shine.

And shine she did at Lollapalooza, when she performed to an insanely packed and supportive crowd. We cannot wait to see what the next phase of Normani's blossoming career has in store and wish her all the best!