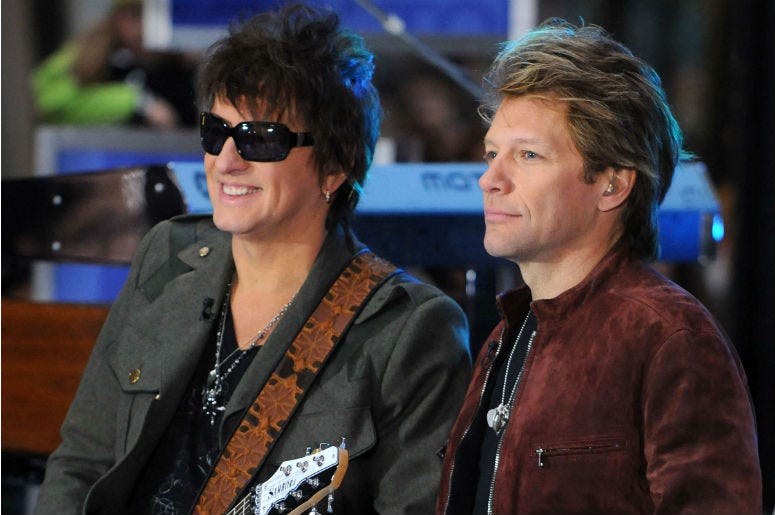 It took nine years of being nominated, but BON JOVI was finally named as a part of the Rock & Roll Hall of Fame's Class of 2018, and it's just been announced that original members Richie Sambora and Alec John Such will reunite with the band for the first time in years! (Sambora left in 2013 and Alec John Such in 1994.)

It's somewhat refreshing (IMO) that all the Bon Jovi members will appear and play together for the occasion. There's a lot of history and the (sometimes) requisite bad blood, but Bon Jovi seems to have put it all aside for the upcoming honor. It seems (to me) with rock band inductions in recent years, there has been discord, disagreement, and drama concerning which members will be inducted, who's gonna play, who won't be there, etc., but that doesn't seem to be the case with Bon Jovi. The Rock Hall induction happens in Cleveland right in the middle of the band's Spring tour which begins in mid-March.  Rock on, Bon Jovi!