It's been a question since the dawn of time, "What are human beings capable of?"

Every single day, we seem to go a little bit further or a little bit higher. One hundred years ago, Usain Bolt's 9.58 second 100m record or a sub two-hour marathon was thought to be absolutely ridiculous. Yet, here we are.

Athletes keep pushing the limits of what humans can accomplish in many sports, including competitive eating.

This incredible feat inspired one researcher to investigate what is the maximum number of hot dogs a human could possible eat in ten minutes. The answer, as he sees it, is 84.

Researchers analyzed 39 years of data from the annual Nathan's Famous Coney Island Hot Dog Eating Contest and calculated the maximum number of hot dogs one person could possibly eat during the contest's 10-minute duration. The answer, it turns out, is 84. https://t.co/ovAt4To2cZ

James Smoliga, a sports medicine specialist at High Point University in North Carolina, came up with that number after analyzing the data from 39 years of the Nathan's Hot Dog Eating Contest, reported CNN.

In his study, Smoliga cites the "evolution" of competitive eaters, who used to be big, hungry, untrained individuals, but have now transformed into dedicated, trained and specialized eating machines.

"The ordinary person would probably run into a stomach capacity issue," Smoliga told the outlet. "But competitive eaters specifically train to expand their stomachs, so for top competitive eaters, it's probably more the chewing and eating within a time frame that limits it." 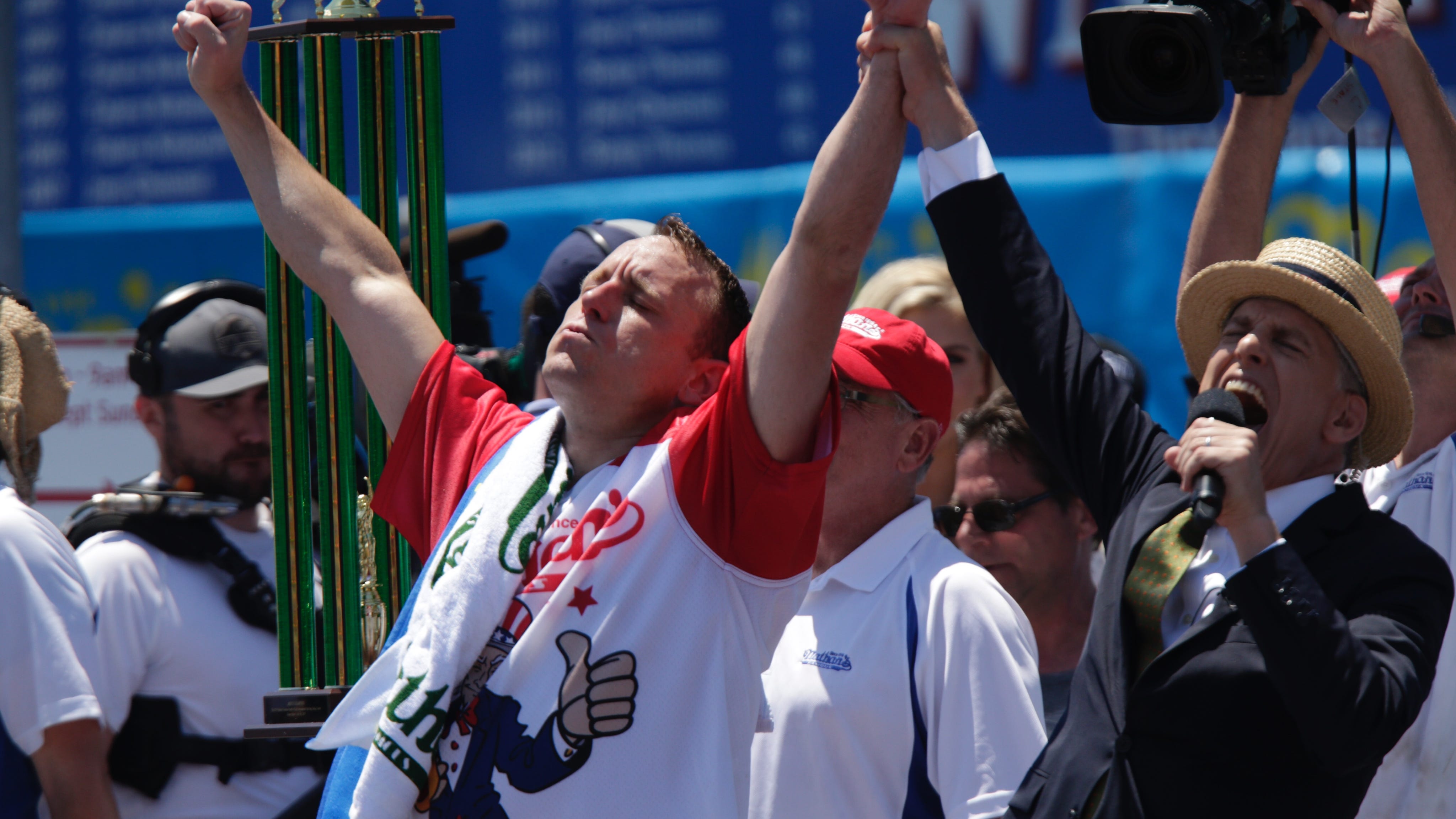 Smoliga says the number 84 should hold up as the max unless a "new type" of competitor shows up, like someone with gigantism or a metabolic condition.