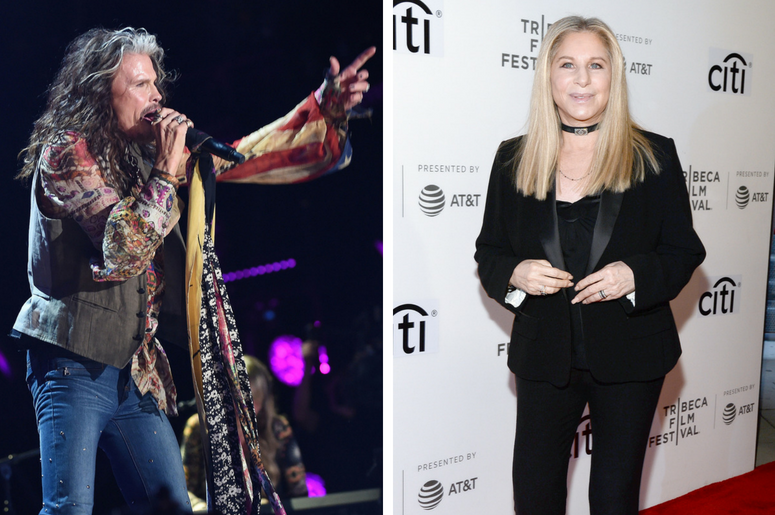 Aerosmith’s iconic ‘90s ballad “I Don’t Want to Miss a Thing” is perhaps best known for its role in Armageddon, but you may not have known that it’s the band’s only No. 1 hit, and you (probably) definitely didn’t know that it was inspired by … Barbra Streisand.

The story begins with another Barbara. According to The Ringer, Streisand spoke with Barbara Walters on a 20/20 episode, discussing her relationship with then-fiancé James Brolin. She recalled a time they were about to go to bed and Brolin said, “I don’t want to fall asleep,” and when she asked why not, he replied, “’Cause then I’ll miss you.”

Enter: songwriter Diane Warren. Warren reportedly saw the ABC special and immediately jotted down “I Don’t Want to Miss a Thing.” Apparently director Michael Bay called a few months later looking for the perfect Armageddon song, and Warren had exactly what he was looking for.