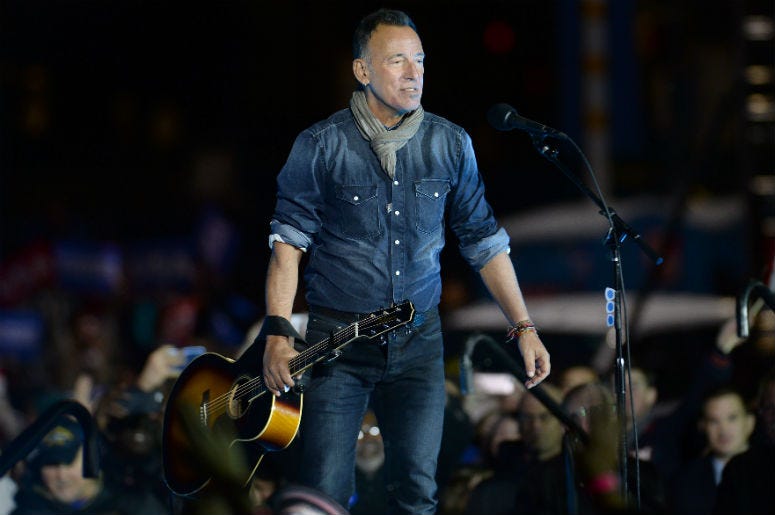 Bruce Springsteen will receive a special Tony this June for the massively successful Springsteen on Broadway. The Boss is one of just two artists (the other one being John Leguizamo) to receive the special award.

We are thrilled to present the 2018 Special Tony Award to @springsteen for his record-breaking solo show, #SpringsteenBroadway. #TonyAwards2018 #ThisIsBroadway pic.twitter.com/dEDJ3t2KgK

Along with the rest of this year’s Tony Awards nominations, the news was revealed yesterday (May 8) by Hamilton star Leslie Odom Jr.—who referred to Springsteen on Broadway as a “theatergoing experience of extraordinary dimensions”—in a live-streamed event.

The residency, which was first announced back in August and kicked off in October, was met by high praise. So much that what initially began as a six-week run in 2017 from October 12-November 26 quickly grew into a total of 236 shows that won't wrap until December 2018 at the Walter Kerr Theatre, as Rolling Stone notes.

Congratulations Bruce on your Special Tony Award! Take a walk backstage with him through the wings of #SpringsteenBroadway here... pic.twitter.com/F48qXGfunv

As for other rockers, Aerosmith’s Steven Tyler is up for Best Original Score (Music and/or Lyrics) Written for the Theatre for his work on SpongeBob SquarePants: The Musical.

The Tony Awards, which will be hosted by Sara Bareilles and Josh Groban, will be broadcast live on CBS. This year's ceremony will take place on June 10 from the Radio City Music Hall in New York City. The live television broadcast begins at 8 PM ET/7 PM CT (delayed PT) on CBS.