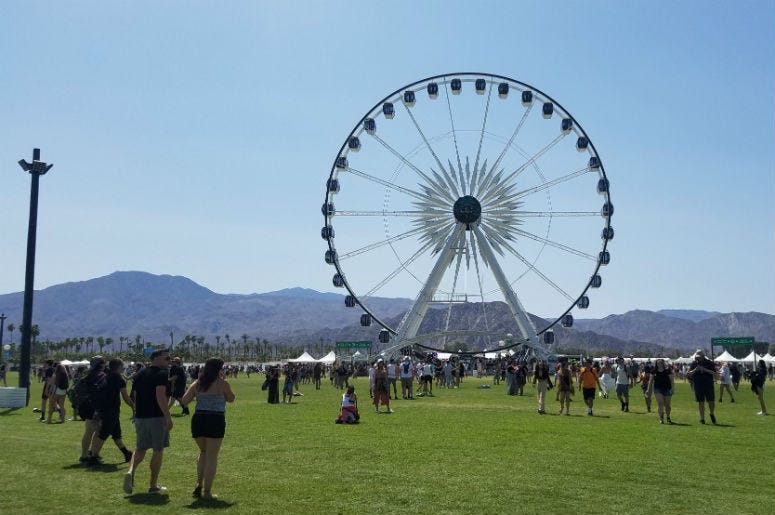 It’s hard to deny that Coachella’s roots are in rock. Its first installment (back in 1999!) included headliners Tool and Rage Against The Machine, after all.

But now that the first weekend of Coachella 2018 is in the books, it’s also hard to deny that the historically rock-oriented festival has evolved into something a bit more … overreaching.

Even a cursory glance at the festival’s lineup history shows a steady rise of pop and hip-hop names making their way onto the bill.

Ghosts of lineups past included headliners like Jane's Addiction, Nine Inch Nails, and The Black Keys, but as the years passed, so did Coachella on the rock headliners, so it seems.

While Madonna played Coachella 2006, it seemed like it wasn’t until JAY-Z headlined in 2010 that all bets were off. From there, Drake, Kanye West, Dr. Dre and Snoop Dogg, Outkast, Calvin Harris, Lady Gaga, Kendrick Lamar, and more became headliners.

And let us not forget about the reigning queen of Coachella 2018: Beyoncé. Bey’s performance dominated headlines, turning Coachella into #Beychella.

What’s more, rock acts have officially been bumped from the top headlining spots, being replaced by The Weeknd, Beyoncé, and Eminem on this year’s lineup, further cementing Coachella as a pop festival.

With all of that said, we’d be lying if we said there weren’t any rock acts on the bill. There are. And they’re incredible. (What up, Greta Van Fleet, Bleachers, Portugal. The Man, Sir Sly, Alt-J, and Benjamin Booker to name a few?!) It’s just par for the course when, as Uproxx notes, it seems as if the festival has always been held as a way to sort of pay homage to what’s exciting people most in the music world at large.

So the moral of the story is this: Coachella does seem to be leaning pop, but maybe the festival isn’t too worried about genres. Maybe that’s okay.