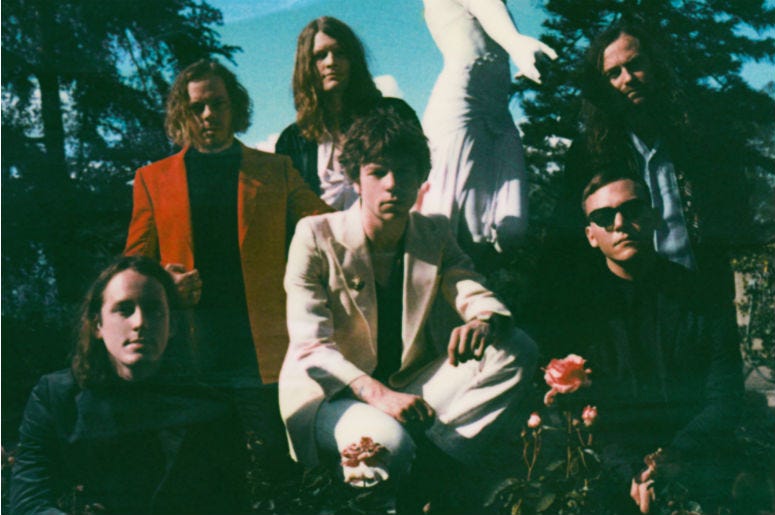 Over the course of several intimate shows across the country, Cage The Elephant, backed by strings and added percussion, performed stripped-down versions of their music, recording several of those songs for their forthcoming album, Unpeeled. And days before the album’s released, we’re exclusively premiering the video for one of those stripped-down performances.

Recorded live at Nashville’s Ryman Auditorium, one of the album’s three reimagined tracks, “Cigarette Daydreams,” can be seen below.

Unpeeled follows 2015’s GRAMMY Award-winning album, Tell Me I’m Pretty, which was produced by The Black Keys’ Dan Auerbach. But unlike Tell Me I’m Pretty, Unpeeled doesn’t add new layers of music to the band’s existing catalog; rather, the forthcoming album peels back the layers of songs from Cage The Elephant’s past four albums to reveal 21 bare, raw, and downright rad versions of themselves.

On what inspired Unpeeled, front man Matt Shultz explained: “Many times you’re adding sonic layers looking for something to hide behind, and what you don’t realize is that that vulnerability and that nakedness might be the most compelling and interesting thing about the song.”