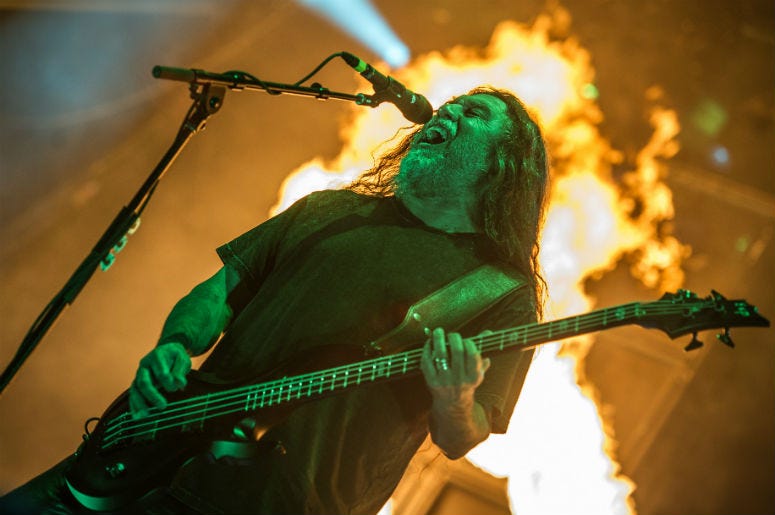 Slayer are touring one last time, and they’ve got Anthrax and Testament in tow, so naturally, their final dates are bound to get a little wild. Enter: Slayer fan Chris LaRocque.

The fan rocked a little too hard during Slayer’s recent gig at Toronto’s Budweiser Stage, NME reports, resulting in his being kicked out for “headbanging and moshing around a little bit,” he says.

But a little liquid courage goes a long way, and the (reportedly) drunk fan decided he could sneak back in by swimming. It gets better: Anthrax’s Scott Ian captured operation swim on camera. Even better? “I wasn’t going fast. I was just trying to be incognito. I had my camouflage hat on, so I thought that might help,” explains LaRocque (via NME).

Fan of the tour. He got kicked out and tried to swim back in. Swipe left! #commitment #allin #hypothermia

LaRocque may have failed in his attempt to re-enter the venue, but he was offered tickets to see the band play an upcoming London show. So look at that, Chris—you can still get your LaRocque and roll on for Slayer’s final tour.