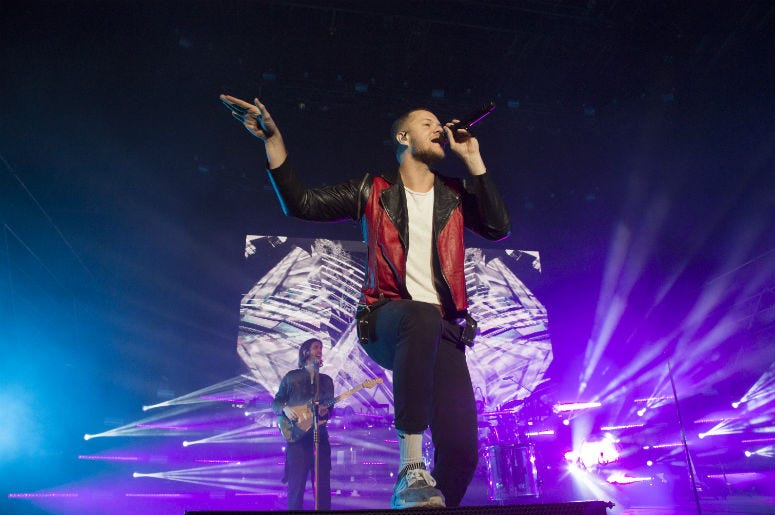 Imagine Dragons frontman Dan Reynolds has been vocal about his disagreements with the Mormon faith, and his documentary, Believer, seeks to reconcile some of these conflicting feelings. Specifically, the doc will examine the treatment of LGBTQ members of the Mormon Church.

Reynolds recently stopped by The Ellen DeGeneres Show to discuss the documentary, speaking candidly about his own experiences, which not only inspired many Imagine Dragons songs, but also allowed him to empathize with the LGBTQ community within the Church. He further revealed that he found his voice and began advocating for the Church’s LGBTQ members thanks to some helpful advice from his therapist.

Watch Reynolds elaborate on all of that and explain why he still identifies as a Mormon despite his differences of opinion with several aspects of the faith.

In addition to Mormonism, the Imagine Dragons frontman also revealed what it’s like to release Believer—a documentary that his wife had a major part in—amidst a divorce.

If you or anyone you know is struggling with depression and/or thoughts of suicide, know that someone is always there. Additionally, the National Suicide Prevention Lifeline is available 24 hours a day, 7 days a week at 1-800-273-8255.